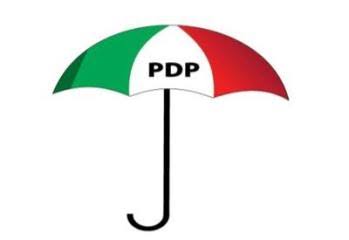 A stalwart of the Peoples Demicratic Party, PDP, in Lagos State and Chairman of the PDP Collectives, Professor Tejumade Akitoye-Rhodes, has warned that events in the party in recent times are indication that the opposition party is tottering towards self-destruction.

Making particular reference to moves by the National Legal Adviser of the party to scuttle the zonal congress of the party in the South-St geo-political zone through a frivolous court action, Akito-Rhodes wondered who is behind the dubious move by the legal adviser.

Recall that the PDP zonal congress has been scheduled for Saturday, March 6.

Insisting that there is apparently no smoke without fire, the PDP chieftain said, “The role of the legal adviser in a purported law suit that seeks to derail the congress is rather disingenuous, suspicious, offensive and in bad taste. If allowed to subsist, it will lay a very dangerous precedent that may eventually set the party itself on the path of implosion.

“And why single out the Southwest alone? This is totally unacceptable. It is an insult to the Yoruba people. It is an insult to Oyo State Governor Seyi Makinde, who is the leader of the party in the South-West. If this charade is another way of telling the Yoruba people that they are not wanted in the PDP, they should note that no party can win the presidential election without a significant electoral input from the South-West.

He advised the PDP National Working Committee, NWC, to warn the legal adviser, who he said is obviously playing an unveiled destabilizing role to desist forthwith.

Recognising that the PDP is currently facing all kinds of self-inflicted challenges from various quarters, including a recent accusation of untidy book keeping leveled against managers of the party by its National Auditor; Akitoye-Rhodes lamented that sponsored factions are springing up virtually in all zones, while the “party platform appears wobbly, stripped of a firm, steadfast rudder.”

He called on present managers of the party to hand over to a National Caretaker Committee if they feel overwhelmed and incapable of equitable leadership, adding, “It is our strong belief that they should step aside graciously for a National Caretaker Committee whose vision and commitment will be predicated on instilling discipline , justice, fairness and sincere leadership to the party. “

Five Years Of APC And The Journey Ahead