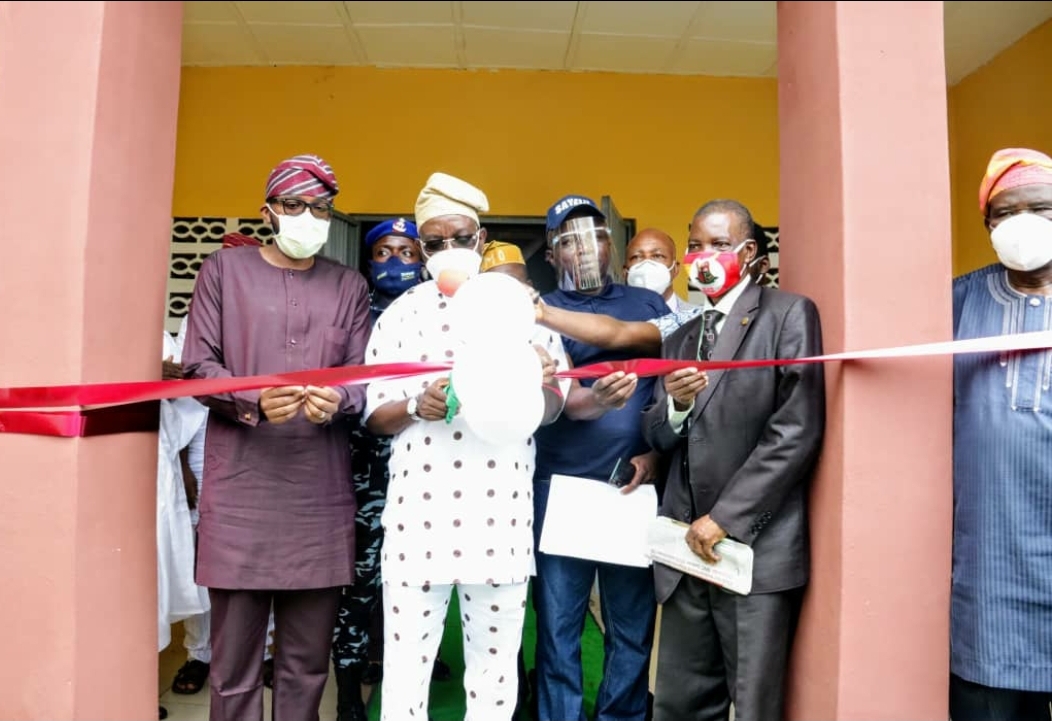 Its efforts to revamp the heath sector of Oyo State, the Engr Seyi Makinde-administration keeps opening new front in affordable and sustainable health care delivery to the good people of the Pacesetter State.

One of these efforts, aimed at delivering on healthcare, one of the cardinal agenda of the administration is the commissioning of another temporary isolation centre in Aawe, to cater for the well-being of the citizens and residents of all the four local government areas in Oyo town.

Represented by his deputy, Engr Rauf Olaniyan, at the commissioning, Governor Makinde called on all relevant stakeholders to collaborate with government to ensure a world class service in healthcare delivery.

Olaniyan said that the isolation centre is a testament to the Makinde’ administration’s commitment to mitigating the impact of COVID 19; reiterating that the isolation centre was modelled to the standard of a cottage primary health centre; and will be made to serve the purpose once the virus is defeated; adding that it is part of the effort to revamp the dilapidated healthcare machinery in the state.

Governor Makinde maintained that the isolation centre is necessary to curb the virus; as other apparatus to reduce community spread and transmission, do contact tracing and active case searching have been set in motion.

Encouraging the citizens to take responsibility and necessary precautions, while adhering to the COVID-19 safety protocols, the governor insisted that government will keep working to improve physical access to health facilities with affordable packages.

Meanwhile, the state Commissioner for Health, Dr Bashir Bello, has said that plans are afoot to site isolation centres in all parts of the state, especially Ogbomosho, Saki and other parts of Oke-Ogun.

Recall that since the confirmed index case of the virus in the state, the Olodo Infectious Disease Centre and the Agbami Isolation Centre have both been commissioned to contain the spread of the virus.

The member representing Afijio state constituency in the Oyo State House of Assembly, Hon. Seyi Adisa, while appreciating Makinde’s efforts in not leaving the place to lay wast,e because it has been deserted for years since, it was first built in 2004, said successive governments have since then made efforts to revamp the place, but could not follow through till the end.

During the tour of the facility, the head of the Technical Working Team, Prof Temitope Alonge, disclosed that the hospital has Oxygen Concentrator and Nebulizers alongside all the basic amenities like uninterrupted power supply, running water and personal protective kits for workers.