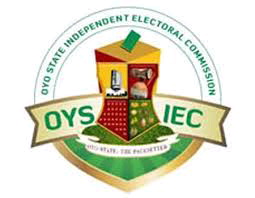 The Oyo State Independent Electoral Commission, OYSIEC, on Wednesday announced May 22, 2021 as the new date for the much anticipated local government council elections.

This is due to the fact the May 15 date earlier announced may fall into the Eid El Fitri holiday.

Aare Olagunju disclosed that the date change became imperative due to the public holiday that may be declared by the Federal Government to celebrate the end of the Ramadan fasting.

The OYSIEC chairman noted that the decision would afford all registered voters to partake in the election conveniently, compared to having it on the earlier date of 15th May 2021 .

In a related development, while speaking during the visit of OYSIEC to the executives and members of the Development Farmers Association of Oyo State at Moor Plantation, Odo-Ona Ibadan, Olagunju maintained that the commission has the mandate of delivering credible elections for the people of the state.

Commending the farmers for their roles in nation building, Olagunju sought for their support in mobilising the public to troop out en-masse to vote on election day for their preferred candidates.

He said, “It is important that we shift the election by one week for us to get the desired result in terms of massive turn out.

“Election into chairmanship and councillorship positions will now hold on Saturday, 22nd of May, 2021 between 8am to 3pm. We are appealing to our religious fathers, traditional rulers, farmers and other key stakeholders to mobilize and educate the people on the need to participate in the local government council elections.”

State Director of NOA in Oyo State, Mr. Moshood Olaleye, while enumerating the importance of having democratically elected administrators at the helms of affairs at local government level, enjoined the people of the state to allow peace to reign in their localities before, during and after the election.

Responding, the Chairman of the Oyo State Development Farmers Association, Oyo State, Alhaji Saliu Imam, hinted that the association will mobilize and work closely with the commission for the success of the election.