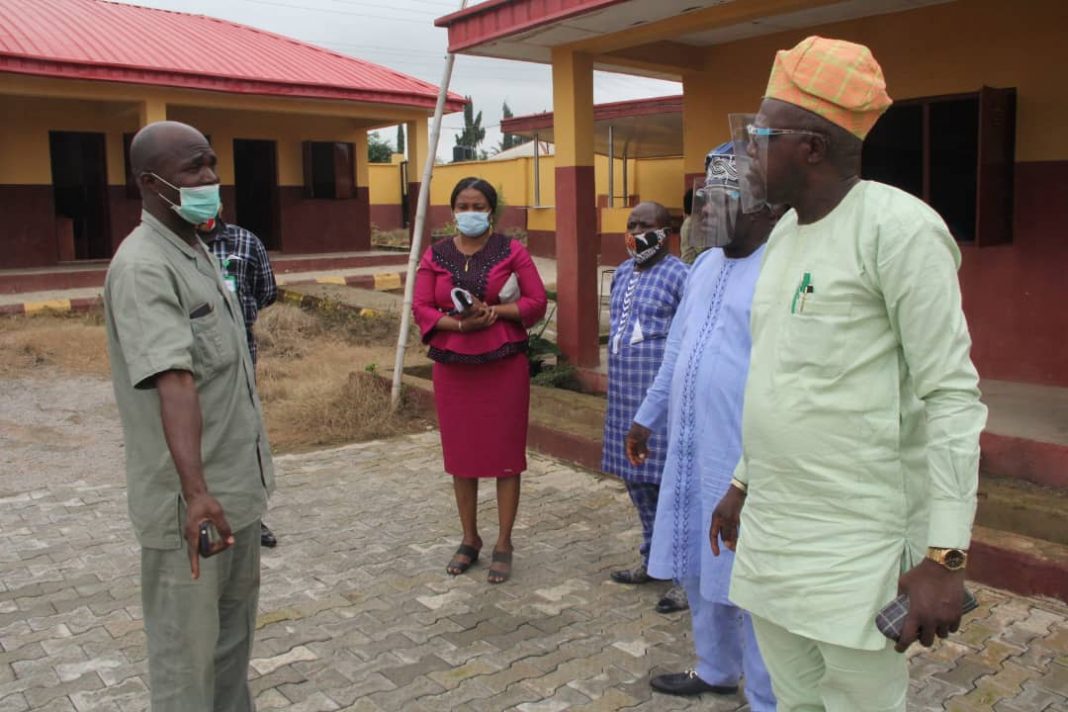 The Oyo State government has expressed concerns about porous security in public schools across the state, noting that challenges such as theft of furniture and destruction of facilities in schools would be brought on the front burner by the present administration.

The Executive Chairman, Oyo State Universal Basic Education Board, Dr. Nureni Adeniran, said this on Monday, during an inspection tour of some selected primary schools within Ibadan metropolis.

Noting that the repositioning and transformation agenda of the Governor Seyi Makinde led-administration in the education sector would also ensure the overhaul of security in the sector, so that teachers and students would learn in a very conducive environment; Dr Adeniran expressed displeasure at the state of facilities he met in some public schools after the lock-down.

Adeniran therefore promised that the Oyo State government would put into urgent consideration the security of public schools, in order to forestall vandalization of properties in schools.

He noted that “we would put the security of these schools on the front burner. This would forestall theft of furniture and other classroom items, which most teachers complained about.”

Commending teachers for their dedication and commitment to duty, the SUBEB boss also appealed to them to ensure adequate preparation of pupils in the state, towards their common entrance examination.

He said, “The essence of re-opening schools for pupils in Primary 6 is for the teachers to prepare them adequately for their forthcoming exams. I appeal to you teachers to do this without prejudice.”

The Executive Chairman however said the Makinde-led administration would leave no stone unturned in ensuring that necessary facilities and teaching aids are made available at schools.

Adeniran also expressed happiness about the adherence of teachers and students in schools visited to the strict COVID-19 protocols, which he observed was a good way to start.

The team would also visit schools outside the metropolis in continuation of the tour from Tuesday.