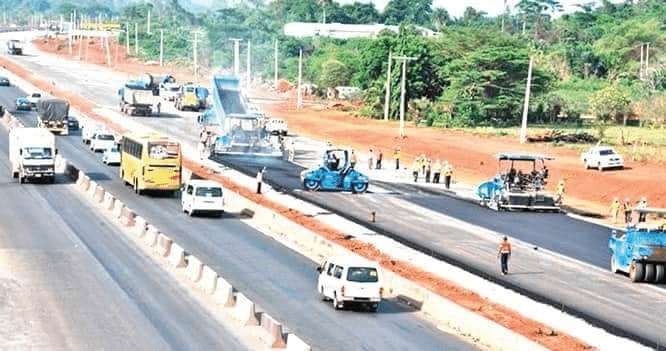 The Oyo State Controller of Works, Federal Ministry of Works and Housing, Mr Kayode Ibrahim, has said that the completion of the 52-kilometre Oyo-Ogbomosho highway project is on course.

Ibrahim stated this on Wednesday in Ibadan while speaking on the Federal Government road projects in the state.

Recall that the Federal Executive Council, FEC, on November 4 approved the augmentation of the road initial contract sum from N47.50 billion to N105.04 billion. The changes in the prices was as a result of adjustment in the scope of work.

The adjustments include: the thickness of the pavement from 500mm to 560mm, change from asphalt to polymer-modified bitumen and also the shoulders from surface dressing to fully asphalted inside and outside.

Ibrahim averred that the administration of President Muhammadu Buhari is committed to the completion of the road and other road projects across the country.

He said, “Works never stopped on the road while we were waiting for augmentation because SUKUK funding was on the project.

“Extensive works were ongoing on the bridges, interchange at the entrance of Oyo town and earthworks generally are continuously ongoing.”

Putting the level of completion of the road project at 79 per cent, Ibrahim said that the approval for the augmentation would fast track the project completion; revealing that work had started gradually on Ibadan-Ilesha dual carriageway reconstruction project.

NAN also recalls that the FEC had approved the reconstruction of the expressway, which covers a distance of 112 kilometres, at a cost of N79 billion on September 25, 2019.

Ibrahim revealed that palliative work is ongoing at the kilometre 7 of the road, where a culvert is being constructed to address the flooding challenges on that portion; adding, “Government is also mindful of this coming festive period and has mandated the contractor – KOPEK Construction, handling the reconstruction of the road to carry out general palliative work on the road, from Ibadan to Ilesha.”

Noting that the palliative work would enhance smooth vehicular movement during the festive period, the Controller of Works stressed that the Ibadan-Ilesha road was a major route for travellers going to Ekiti, Ondo, Kogi, Abuja and other Northern parts of the country.

He implored motorists plying the road to be patient, particularly when approaching construction zones.

He also disclosed that palliative work on Iseyin – Oyo road would commence this week, adding that major contract work on the road was slated for 2021; pointing out that the project had been captured in the 2021 budget.

He said, “Hopefully the National Assembly will give approval for the contract.

“Before then, the Honourable Minister – Mr Raji Fashola, has graciously approved palliative work on the road to ease the challenge facing the road users.”

Ibrahim also notified the public to desist from developing illegal structures within the right-of-way of federal roads.

The right-of way is the space on both sides of Federal roads covering 45.72 meters on either side of the road centre line.

He directed owners of any structure within these limits to remove such structures, saying failure to comply would lead to demolition.

He added that government is concerned about the development of commercial structures, especially filling stations, within the right-of-way of federal roads and bridges across the country.

He said, “The development is not only illegal, but creates unsafe conditions for road users and the public.

“Several accidents leading to loss of lives and property with negative socio-economic consequences to the nation have occurred within some of these locations.

“The illegal development impedes the development, management and maintenance of federal roads, as the structures and the activities they generate creates unsafe conditions.

“These unathorised structures within the right-of-way also eliminate safety buffers and diversion which are needed during road works.”