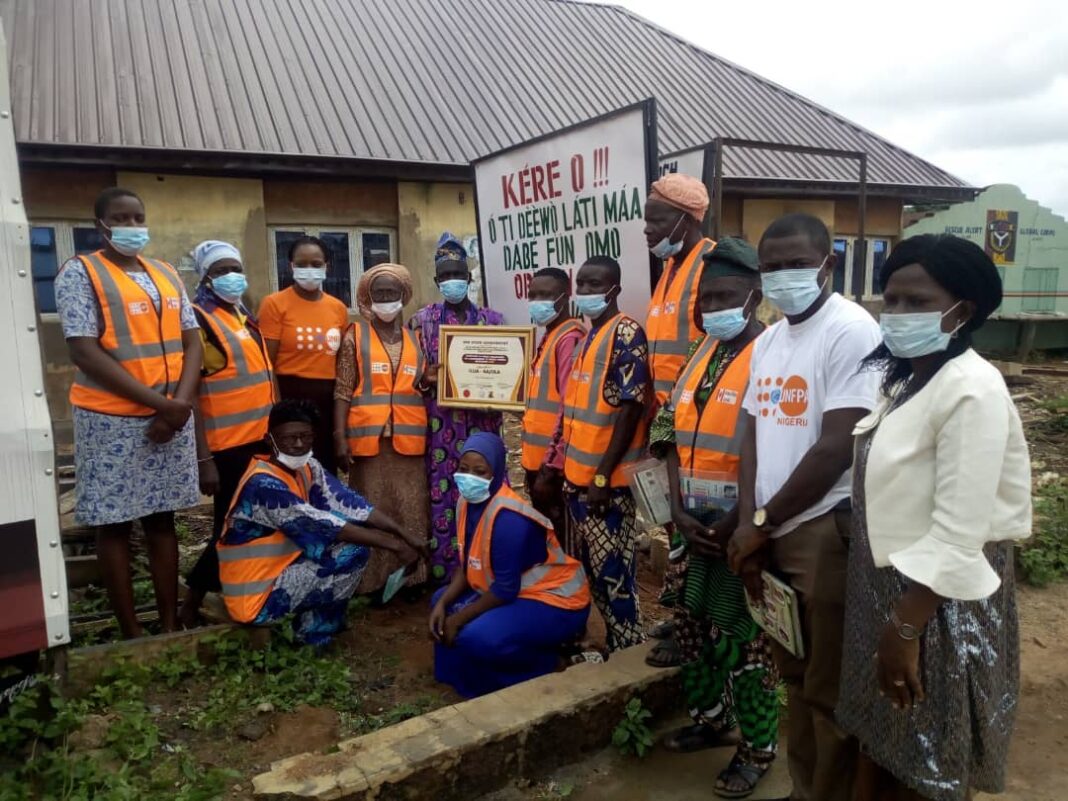 The community made the public declaration at a declaration programme, organised by the United Nations’ Population Fund, UNFPA, a sexual and reproductive health agency with funding support from Global Affairs Canada, GAC.

The project is being implemented in conjunction with the Oyo State government, the Center for Population and Reproductive Health, CPRH; and the Rural People Development Initiatives, RUPEDIN.

The declaration programme was organised to sensitize the Ilua community to the dangers associated with FGM/circumcision.

Recall that female genital mutilation and circumcision abandonment have been a source of concern and health challenges to the African society, especially people living in the rural areas.

This explains the rationale behind the collaboration between the UNFPA and the other agencies and Oyo State government in organising the abandonment programme.

The Co-Ordinator of FGM of Ilua community, Princess Adetona Victoria, while speaking on the girl child mutilation, said that it’s time to put and end to the act due to the bad side effects of this heinous practice.

She told her audience that it is against the law of Nigeria to practice genital mutilation, adding that anybody caught indulging in it will be arrested and prosecuted.

She also said that the program is being carried out throughout the states of the federation, revealing that the Oyo State government is trying its best to eradicate FGM in some towns, where the practice of FGM is prevalent, like Oyo, Ogbomoso, Ibarapa, Okeho and so on.

She further talked on the need for the introduction of ‘Testing Machine’ to all, to detect FGM operation on female students.

She went further by saying that naive and ignorant beliefs should be put aside to face realities of the dangers associated with FGM and circumcision.

Mrs Oladoye also disclosed that educating female and male children is very important, even as she implored parents and the community at large to cooperate with government and concerned organisations to eradicate FGM.

The traditional ruler of Ilua, the Olugbuse of Ilualand, who was represented Chief Emmanuel Egbeyale, also implored the people of Ilua to cooperate with the government and the law enforcement agencies in eradicating FGM in the community.

The monarch concluded by commending the Oyo State government, the UNFPA and other concerned organizations for their selfless efforts to eradicate FGM in the community.

In conclusion, the certificate of public declaration on FGM and circumcision abandonment was given to the community.

The FGM abandonment programme was graced by security agencies, religious and community leaders, Representatives’ of the National Union of Road Transport Workers, NURTW, and artisans.