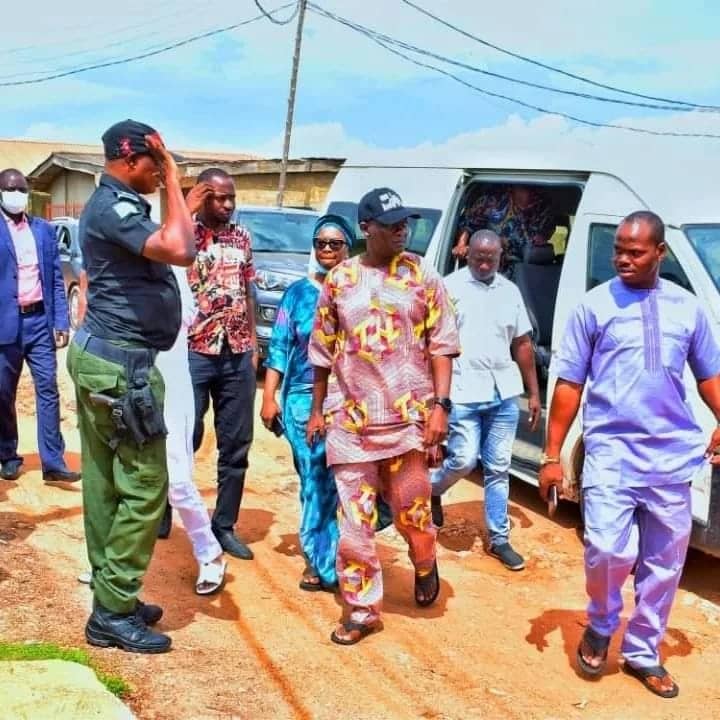 The Oyo State chapter of the ruling All Progressives Congress, APC, has embarked on reconciling some of the aggrieved members of the party in Oluyole federal constituency.

Speaking during the APC stakeholders reconciliation meeting in Ibadan on Wednesday, a former deputy chairman of the party, Hon. Lekan Adeyemo, said that the meeting was held in a bid to reconcile, strengthen and position the party ahead of the 2023 general election.

He said the meeting, which was held in his house, is convened to ensure all aggrieved members were reconciled.

He added that the reconciliation would bring together all factions to unite and remain as one family.

Also speaking, the party’s gubernatorial candidate, Senator Teslim Folarin, said that he has no doubt that with the ongoing the reconciliation move unity a ND cohesion would be restored in the party.

Akande-Sadipe urged all members of the party across the constituency not to allow the opposition to divide them.

She said, “Reconciliation has started in Oluyole, as you can see. The APC gubernatorial candidate, Senator Folarin, and other stakeholders were here. We visited the leader of APC in Oluyole, Hon. Lekan Adeyemo.”