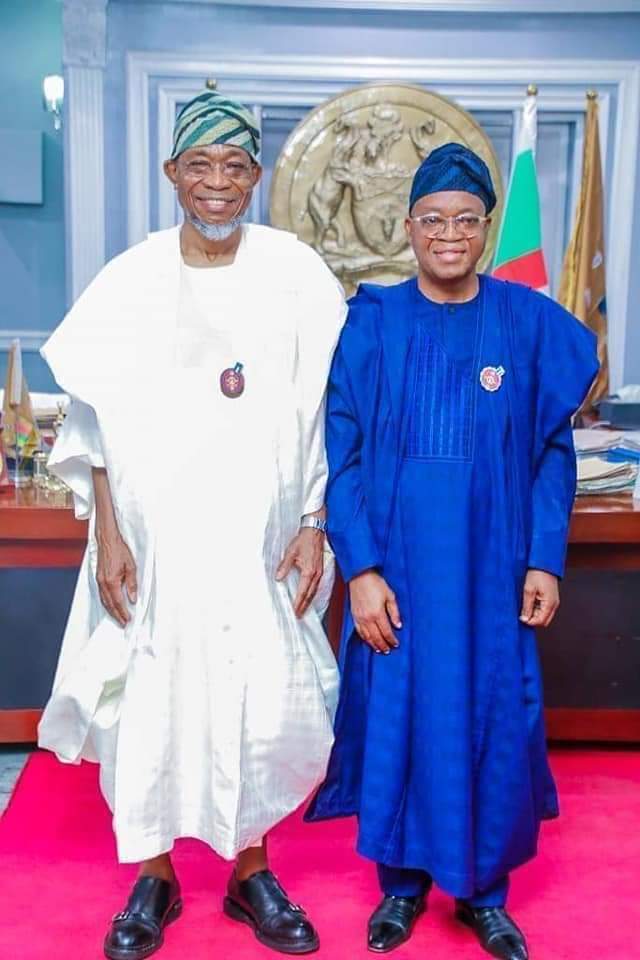 …Says ‘For 8 years, I never Undermine You’

A former governor of Osun State, Prince Olagunsoye Oyinlola, has called for calm in the state following the tension generated by reports that former governor and Minister of the Interior, Rauf Aregbesola, is planning to hold a political programme parallel to the second anniversary celebration of the incumbent Governor Gboyega Oyetola, on Friday, 27 November, 2020.

In a statement on Wednesday, Prince Oyinlola, noted Aregbesola’s explanation that he was coming to the state to engage with the people on the #EndSARS crisis, as directed by President Muhammadu Buhari; he however advised the minister to shift his engagement to another day.

“It is necessary that I put my own experience on record.  I took over from Chief Bisi Akande in May, 2003 and, I can say that throughout my almost eight years in government, and despite our political differences, Akande never gave me any problem.

“It is common knowledge that Mr Aregbesola took over from me, and, despite the circumstances of his coming to that office, I did not do anything to undermine his authority throughout his eight years in government.

“That is the spirit with which I appeal that the Interior Minister, Aregbesola, to avoid doing anything that will suggest a plan to make the state ungovernable for Mr Oyetola.

“As a former governor of that state, I plead that we give peace a chance. The state has witnessed enough unnecessary crises in recent weeks, coupled with the Coronavirus pandemic which has upended people’s economy and general wellbeing.

“Our people are suffering; they deserve a respite from all forms of crises as they struggle to make ends meet.

“All of us former governors, as leaders of our people, we all have a stake in making Osun State to work for the good of our people who have had to deal with one hardship or the other. We will be seen as doing that when we avoid making the job of the incumbent governor difficult for him. May God help our state and its people in this difficult time.”

He also counseled Governor Oyetola to, at all times, let the welfare and wellbeing of the people remain his priority as he crosses over to the second half of his term.