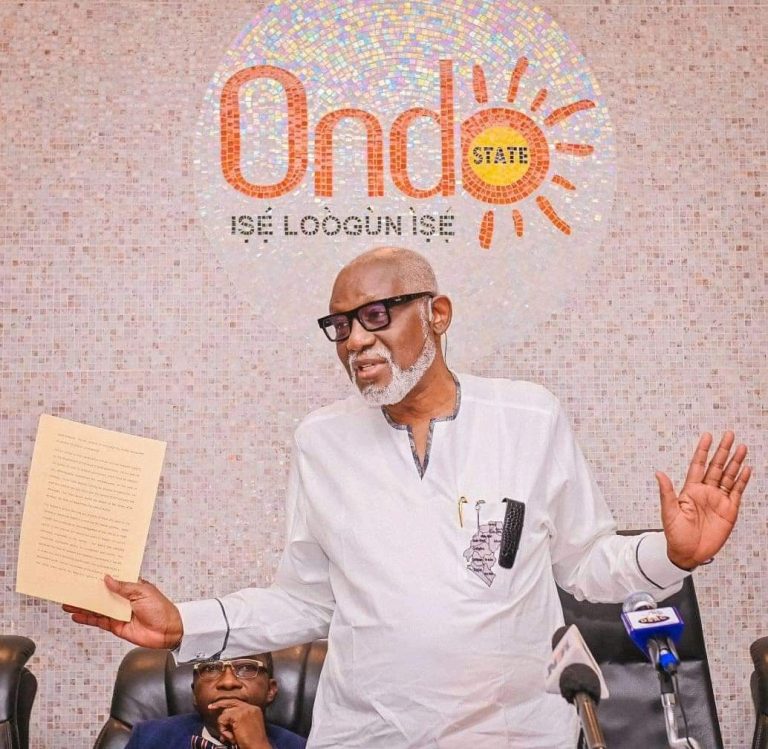 The governor of Ondo State, Mr. Oluwarotimi Akeredolu, SAN, yesterday cleared the air over the announcement of Mr. Idris Ojo, who was arrested by the security agencies, as the mastermind and one of the attackers of St Francis Catholic Church, Owo.

Akeredolu said that there was a mix-up in the announcement by the Chief of Defence Staff, CDS, General Lucky Irabor, on Tuesday, which portrayed the Kuje prison escapee as the mastermind if the Owo attack.

In a statement by his Chief Press Secretary, Mr. Richard Olatunde, the governor acknowledged the confusion that the statement credited to the CDS has created in the public space, considering that the ugly event of June 5 attack in Owo preceded the unfortunate incident on Kuje prison.

He explained that Ojo, who is number 14 on the wanted list of Kuje Prison escapees, was arrested in his brother’s house in Akure and was mistakenly lumped with the attackers of the Owo church.

The statement added, “The announcement of the arrest of Idris Ojo as one of the perpetrators of the June 5 attack on St Francis Catholic Church, Owo, was a mix-up from the Chief of Defence Staff, General Lucky Irabor.

“Idris Ojo, who is number 14 on the wanted list of the Kuje Prison escapees, was arrested in his brother’s house in Akure. His brother, Mr. Jimoh Rasheed Ibrahim, received and accommodated him after his escape from Kuje prison.

“He was, thereafter, moved and kept in the custody of the security operatives at the same time the attackers of Owo Catholic Church were arrested and brought into custody. Hence, the mix- up.”

Akeredolu urged members of the public to remain vigilant and give necessary supports to the security agencies in the state.