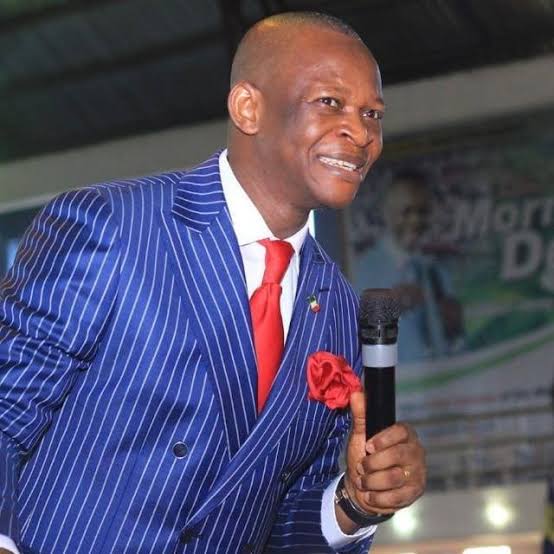 The Founder/General Overseer, GO, of the Christian Central Chapel International, CCCI, a.k.a Faith Mansion World Headquarters, Ikot Ene-Obong, 8Miles, Calabar, Bishop Dr. Gospel Emmah Isong, has cautioned politicians in Nigeria to refrain from campaign of calumny aimed at bringing down the integrity of their political opponents in the estimation of right thinking electorate just because they are over ambitious to occupy public offices.

The cleric, therefore, advised the political class to limit themselves to issue-based campaigns, instead of trying to drag the image and integrity of their political opponents to the mud because of the desperation to win elections at all cost to plant themselves in high places of authority.

Isong gave the warning during a question and answer session with journalists shortly after ministering at the church’s prophetic programme, tagged: ‘Morning Dew,’ organised by the CCIC usually on every first Saturday of the month at its headquarters on Saturday in Calabar.

Isong said, “No man can tear this nation apart. Nigeria cannot be torn into pieces. Don’t over heat the polity so that you don’t break the country to pieces. This nation would remain as one indivisible entity.”

The cleric cautioned against the current trend, where politicians have ignored issue-based campaigns and placed premium on campaigns along ethno-religious/tribal lines, rather than reeling out to the electorate what they would do if they were to be privileged to come to power.

The cleric said, “This ugly trend of politicians and electorate being in the habit of giving priority attention to candidates’ tribal and religious origin, instead of focusing on telling Nigerians what they would bring to the table is what can tear the nation apart.

“It’s so common these days to see core supporters of particular candidates and some electorate paying attention to candidates’ tribal origin, religious background and personalities than to what the candidates’ political programme and ideology are.

“I think this is very wrong and condemnable. Let me tell you that Nigeria will neither break into pieces nor tear apart by the attitude of desperate politicians, despite the numerous econmic challenges and misfortunes faced by the nation.”

Drawing a biblical inference from Deuteronomy 11:12 in his exhaltation, Isong said, “A hand which the Lord careth for; the eyes of the Lord your God are always upon it, from beginning of the year, even into the end of the year.”

He stressed that children of the land shall not beg for bread.

Warning pepetrators of kidnapping, armed banditry, robbery, human trafficking, cyber criminals and those stealing from government coffers, just because they are opportuned to occupy high places of authority to be weary of evil deed or be ready to face the wrath of God, Using said, “We are in a perculiar year because of elections, which is fast approaching.”