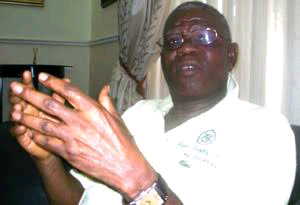 It is rather disappointing and sad that Lagos lawmakers in Abuja are increasingly self-centered, untidy and indifferent to the sole purpose of representing the interests of our people at the two chambers of the National Assembly.

For whatever reason best known to them, they seem motivated by myopic partisan concerns, rather than the pursuit of the welfare of the ordinary Lagosians, who voted them into office.

Of particular concern to us at Ọmọ Eko Pataki is the disgraceful roles played by our senators and representatives during the passage of the Independent National Electoral Bill that would have mandated electronic voting system and the Petroleum Industry Bill, PIB, whose original intent to benefit the indigenous oil producing communities is now basically negated and frittered.

Unfortunately, not so here. Frankly, it still beats reasoning and common sense why anyone will vote against electronic voting in the 21st century, where the very dictates of cybernetic revolution have virtually eliminated all the cumbersome processes of manual procedures in all aspects of our lives – from banking to statistical data gathering, from power generating grids to sensors in military hardware.

The argument about inadequate communication in some remote parts of the nation is not true. We all know that there are several repeater and transmission stations across the nation, which presently enable effective communication even in the most remote outpost of our nation.

As a former Minister of Communications, I should know. The increasing growth of digital technology has eased the challenges of modernity, making our society more progressive.
Manual voting is primitive and outdated. It gives room to several manipulations and ultimately disenfranchises our people.

It is even more worrisome that all three senators from Lagos State voted against electronic voting system. This is unacceptable. We should be seen to be moving forward and not regressing.

The same goes for the Petroleum Industry Bill. Lagos of course is now a petroleum producing state. The five per cent proposed recommendation for the indigenous producing communities has been slashed to a pittance of three per cent and yet Lagos legislators support this abnormality. Does this really make any sense at all?

A lot is definitely wrong with the thought processes of our legislators. They have betrayed the people’s trust. They have equally sabotaged the enviable position of the South-West governors, whose resolve is about national equity and fairness.

The legislators are unrepresentative of the well being of Lagosians. They are motivated by personal bias and partisan prejudice.

We at Ọmọ Eko Pataki strongly believe that all the legislators who voted against the interests of our people are not democrats.

Since they are at variance with the classical definition of democracy, which is “the government of the people, by the people and for the people,” they have no business staying a minute longer in their position, because they have failed all Lagosians.