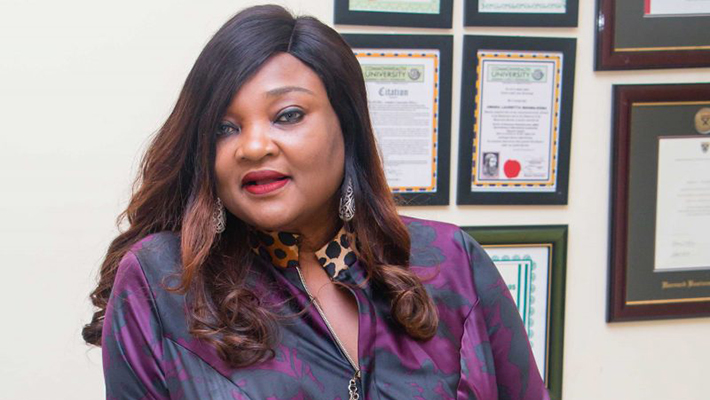 The life of Amaka, the beautiful and loving wife of Ndoma-Egba, was unfortunately cut short, after the vehicle conveying her and four others from Benin to a town in Ondo State for a function recently got involved in a ghastly motor accident.

They flew into Benin from Abuja before embarking on the remaining part of their journey by road, as they could not get direct flight to Akure, the Ondo State capital the day the ill-fated accident occurred.

Prof. Osinbaj,o during his visit consoled Ndoma-Egba and his family members, while praying to God to grant them the fortitude to bear the painful and irreparable loss.

In a Facebook post after his visit to Ndoma-Egba, Akpabio described the late Amaka as a virtuous woman, who contributed immensely to the growth and development of the society, while also being a great pillar of support to her husband.

He said, “I led the Managing Director of the Niger Delta Development Commission, NDDC, Prof Kemebradikumo Pondei, and the Executive Director of Projects, Dr Cairo Ojougboh, on a condolence visit to the immediate past Chairman of the NDDC Board, Senator Victor Ndoma-Egba on the loss of his wife, Amaka.

“A great soul has departed. A woman of virtue, a mother of mothers, a pillar to her husband, distinguished (former) Senate Leader, Victor Ndoma-Egba. A monumental loss that words cannot describe.

“Adieu my school mate, friend and sister. We all miss you but heaven has gained an angel.

“Rest in perfect peace and may the years you left behind be added to your dear children! Amen.”

A host of eminent personalities have visited Ndoma-Egba since the demise of his better half to comfort the family. They include among others: Atiku Bagudu and Badaru Abubakar, governors of Kebbi and Jigawa states respectively, erstwhile Deputy Senate President, Senator Ike Ekweremadu, Senators James Manager and Smart Adeyemi, former governor of Cross River State, Liyel Imoke, former NBA President and one-time Minister of Justice and Attorney General of the Federation, AGF, Chief Bayo Ojo, SAN.