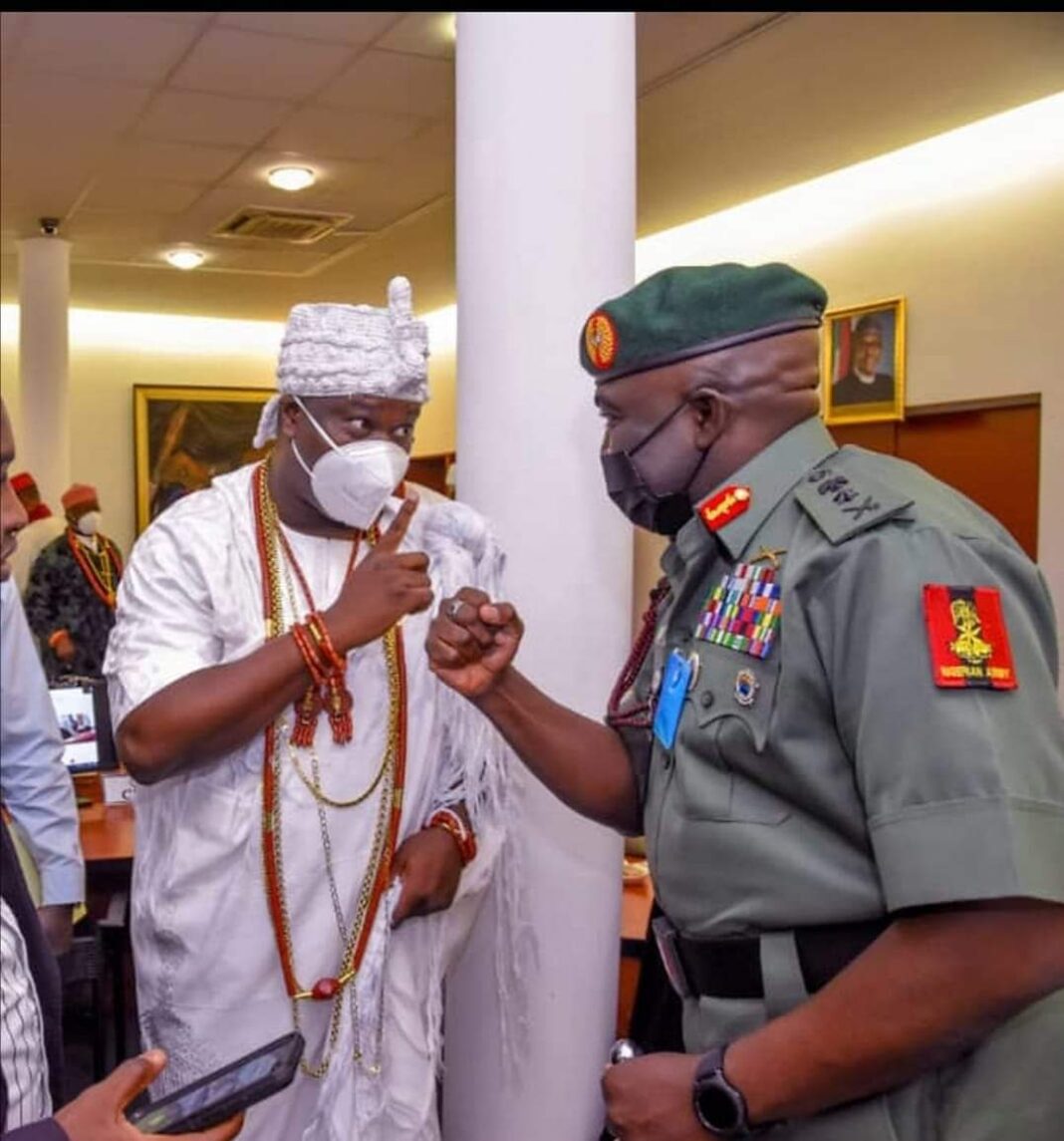 …Says They Repositioned Fight Against Insecurity

The Arole Oduduwa and the Ooni of Ife, Ooni Adeyeye Enitan Ogunwusi, Ojaja II, said on Friday on night that he was hit with a rude shock upon receiving the news of an air crash that killed the Chief of Army Staff, CoAS, Lt. General Ibrahim Attahiru, and other military officers.

A statement by the Ooni’s Director of Media and Public Affairs, Comrade Moses Olafare, quoted Ooni Ogunwusi describing the departed military officers as change makers, who in their individual capacities contributed to the repositioning of the fight against insecurity in the country towards victory.

Ooni Ogunwusi said, “It is really a bitter pill to swallow, particularly as they were caught by the cold hand of death, while rendering patriotic services to their beloved country.

“On behalf of the entire House of Oduduwa worldwide, I wish to express my heartfelt condolences to the families of the deceased, the military, and Nigerians in general, over the departure of these heroes, who paid the ultimate price for peace and security in Nigeria.

“I pray that they all find eternal peace in the bossom of their creator.”