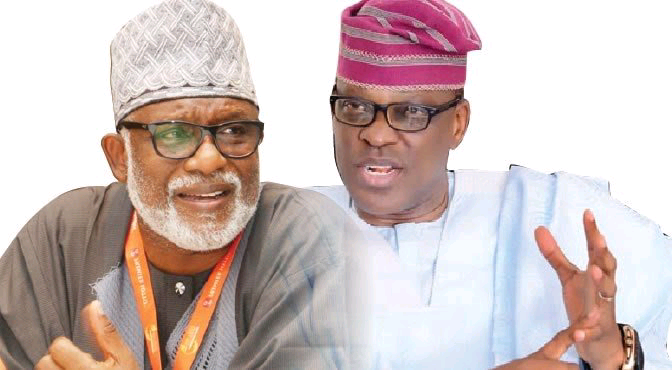 The Supreme Court on Wednesday upheld the victory of Ondo State Governor Rotimi Akeredolu in the last governorship election in the state.

In a majority judgment, four of the seven-member panel upheld Akeredolu’s victory.

They dismissed the appeal by the governorship candidate of the Peoples Democratic Party, PDP, Eyitayo Jegede, and the party in the election, on the grounds that it was incompetent.

Three other justices disagreed with the majority judgment, insisting that Akeredolu’s candidacy in the election is a nullity.

The minority judgment was of the view that the appeal has merit and should not have been struck out by the Appeal Court.

Recall that the Independent National Electoral Commission, INEC, had declared Akeredolu as the winner of the October 20, 2020 governorship election, having polled a total of 292,830 votes to defeat Jegede, who secured 195,791 votes.

Jegede had approached the tribunal to challenge Akeredolu’s reelection, and had told the tribunal that the election was marred by “irregularities, violence and intimidation of eligible voters.”

Jegede also submitted that Akeredolu and Lucky Aiyedatiwa, the deputy governorship candidate, were not duly nominated by their party, the All Progressives Congress, APC.

But in a judgment delivered on April 20, the tribunal dismissed Jegede’s petition, and he consequently, took his case to the Appeal Court.

But delivering the lead judgment, Justice Theresa Orji-Abadua, dismissed the appeal for lacking in merit.