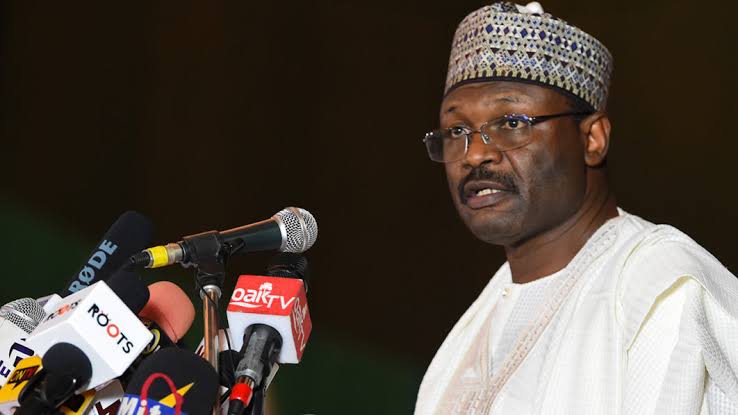 The commendation was contained in a statement signed by Esther Uzoma, Alternate Chair, Situation Room.

The group said that INEC improved on the gains of the Edo State election with improvements recorded in the compliance with COVID-19 protocols, logisticals arrangements and commencement of polls.

Insisting ng that INEC’s processes improved and were mostly hitch-free, Uzoma added that this was also evident in the relatively smooth ward collation process.

She said that INEC was also commended for improving on the timely commencement of polls with early start of polls in most voting locations across the state.

She said that the group also observed that smart card readers were widely used to accredit voters and in several instances of card reader failure, technical support was provided to rectify the situation.

She added, “On the positive side also, the reports indicate professional conduct of security personnel. There were, however, isolated incidents of logistical challenges.

“The menace of vote-buying is still prevalent in the electoral process, with several reports of the trend worsening.

“Although there are concerns over observance of COVID-19 prevention protocols, there was marked improvement from the most recently conducted governorship elections.

“Voter turnout was generally low across the state, which raises questions about decreasing citizens participation in elections in Nigeria, and what needs to be done to address the problem, going forward.’’

Uzoma said that the group believed that the introduction and use of the Z-pad for uploading of collated polling results was a major improvement on the election process, because of the heightened transparency that this had brought to the elections.

She said that upon completion of the voting process, Situation Room observed a 100 per cent complete upload of results to the INEC Result Viewing Portal, IReV, in 11 of the 18 LGAs in Ondo State, after about eight hours of close of polls.

Saying that although the use of the platform was still relatively new, she said that the Situation Room is urging INEC to continue to improve on the technology and practice.

She said, “This is in order to assure citizens of the increased transparency in our electoral system and as a tool for overseeing the results collation process.”

Uzoma said that a notable observation by the group was the preference given to persons with disabilities, the elderly, pregnant women and nursing mothers in the voting process.

Whle acknowledging the laudable efforts of INEC to make special provisions for the peculiarities of PWDs, Uzoma said that the Situation Room observed that some polling units were inaccessible to this class of voters because of topography and drainage systems.

She said that the group observed that voter turnout was very low compared to the number of registered voters who collected their Permanent Voter Cards, PVCs.

She said that Situation Room noted, however, that a lot of work needed to be done by INEC, the political parties and civil society organisations to find innovative ways of reducing voter apathy, including civic education, and drive turn out by voters.

She said that reports received by Situation Room showed that vote buying was evident in a number of polling units and largely went unchecked.

“Voters were seen selling their votes for sums ranging from N4,000 and N5,000, to N7,000, depending on the political parties or location.

“The improper positioning of voting cubicles and ballot boxes in some polling units observed, made it easier for party agents to deduce patterns of voting as the secrecy of the ballot was not observed.

“Situation Room calls on INEC, security agents and other stakeholders to seek out more practical ways of enforcing punitive measures against offenders, to serve as a deterrent to political actors and the electorate, moving forward.‘’

Uzoma said that the Ondo State governorship election was relatively violence-free, in spite of the political tension created and earlier signs of likely threats to peaceful elections and the campaigns reaching fever pitch.

She said that with the incidence of vote buying continuing to prevail, Situation Room renewed its call for more effective enforcement of election laws that prohibited vote buying and other electoral offences.

She also called for quick legislative action to be taken on the passage of the Electoral Offences Commission Bill.