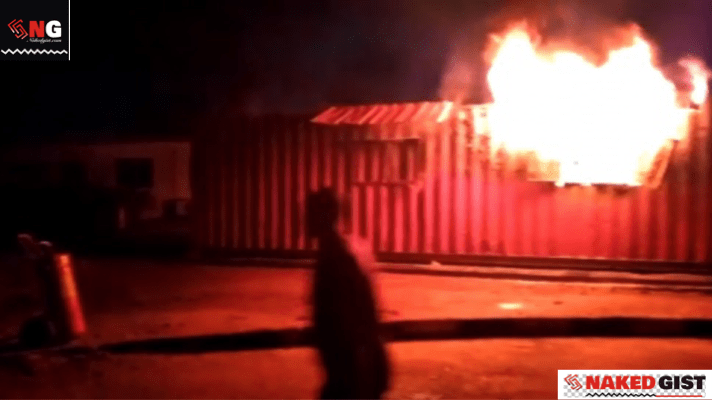 …Calls For Investigation, Punishment For Perpetrators

The Deputy Governor of Ondo State, His Excellency Alfred Agboola Ajayi, has expressed grave concern over the fire incident at the Ondo State office of the Independent National Electoral Commission, INEC; viewing it as a serious event that require urgent and prompt attention.

The fire incident, coming barely four weeks before the governorship election fixed for October 10, 2020, should worry every responsible and reasonable citizen of Ondo State, according to the deputy governor, who is also the gubernatorial candidate of the Zenith Labour Party, ZLP, in the forthcoming election.

Calling for indepth investigation of the fire incident and insisting that those culpable should be made to face the full wrath of the law, Agboola said that the question that readily comes to the minds of reasonable citizens is why the fire targeted the store where card readers meant for the election were kept?

In a statement issued and signed by the deputy governor’s Chief Press Secretary, Babatope Okeowo, he said, “The law enforcement agencies should ask if the intention of those responsible for the inferno is to seek the postponement of the election or the cancellation of the use of card readers for accreditation

“The people of Ondo State are waiting patiently for the outcome of the investigation as they will not tolerate any ploy by the ruling All Progressives Congress, APC, to subvert the wish of the electorate.”