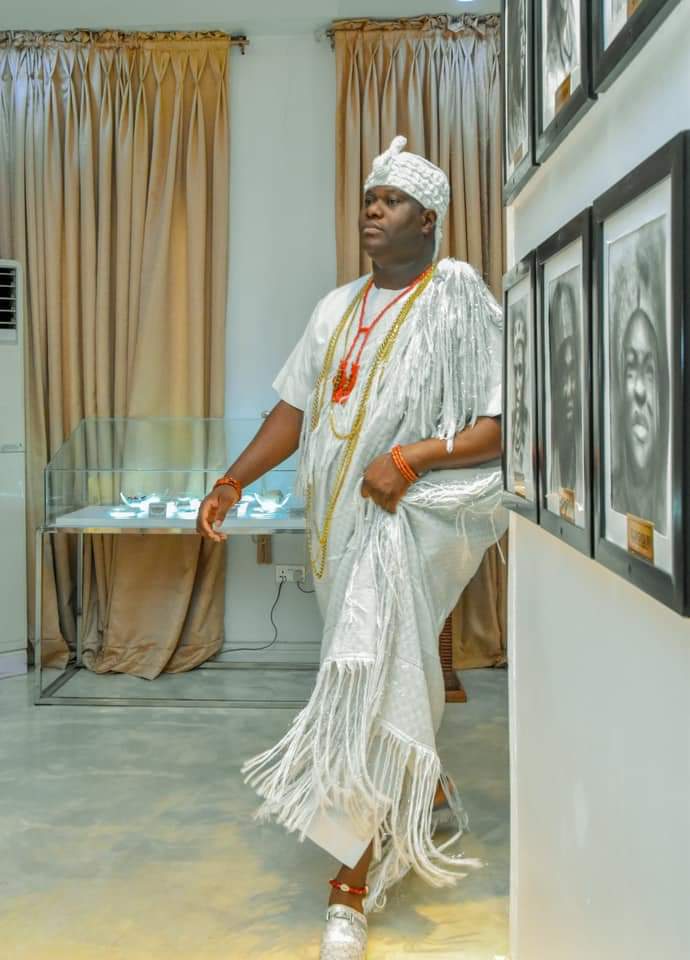 Foremost Yoruba monarch, the Arole Oduduwa and Ooni of Ife, Ooni Adeyeye Enitan Ogunwusi, Ojaja II, has consoled Itsekiri sons and daughters worldwide over the passage of the immediate past Olu of Warri, His Royal Majesty Ogiame Ikenwoli.

The Ooni, in a statement by his Director of Media and Public Affairs, Comrade Moses Olafare, prayed for the repose of the soul of the late Olu Ikenwoli, who he described as a natural traditional ruler, who meant well for his people and a great descendant of Oduduwa, who in his five years as Olu Warri contributed immensely to the upliftment of the age-long relationship between the Itsekiri and Yoruba nations. “Ogiame Ikenwoli was a fantastic leader and highly respected member of the National Council of Traditional Rulers of Nigeria, NCTRN, so passionate about harmonious co-existence among the nations of the larger Oduduwa race worldwide, Yoruba, Edo and Itsekiri nations in particular. We related very closely, we exchanged royal visits, we agreed, just like our predecessors to ensure stronger Oduduwa family ties. May his soul rest in perfect peace of the Almighty Olodumare, who uphold the family he left behind and give the fortitude to bear the loss his demise has caused as he has joined his ancestors.”

Ooni Ogunwusi, who is the natural head of the Oduduwa dynasty worldwide, further commended the Itsekiri people for their adherence to norms, culture and inherited traditions in the selection of 37-year-old Prince Utieyinoritsetsola Emiko, as the Olu-designate.

Insisting that the emergence of the new Olu of Warri has marked a remarkable beginning of another phase in the long and noteworthy history of Itsekiri people, Ooni Ogunwusi added, “From the sacred throne of Oduduwa at Ile-Ife, we rejoice with Omooba Utieyinoritsetsola Emiko. The Ooni added that since when the first Olu Iginuwa emerged several centuries ago, the Oduduwa dynasty has continued to build a cord of mutual respect and trust, founded on timeless relationship, culture and an unbroken chain between the Yoruba and Itsekiri people, maintaining that the Itsekiri represent a formidable dominion in the history of Oduduwa dynasty.

He averred, “We are proud of the blood bound relationship among all the descendants of Oduduwa and our Itsekiri brothers and sisters. We cherish the shared history, common ancestry, common spirituality, shared fears and aspirations. Our forefathers stood by each other in moments of thick and thin, they stood shoulder-to-shoulder as one indivisible energy, we hope to keep this precious gift they left for us. We cherish this important history. We shall guide it and defend it to the good of the great civilisations of Itsekiri and Yoruba people, a memory that has survived decades of travails and trials.”

The Ojaja II said that the House of Oduduwa, via Ife Royal Court, has followed the developments in Warri with keen interest.

“Peace and stability for the people of Itsekiri is our utmost desire. We want to see Itsekiri land witness more prosperity, more fertility, more harmony and peace of mind with their neighbours towards a more united Oodua race and better Nigeria.”

Recall that Ooni Ogunwusi had through his annual Easter message last Friday urged Nigerias to pray and stand with the Itsekiri nation and urged all stakeholders in the selection and final enthronement of the Olu of Warri to keep intimating the Itsekiri nation and their Yoruba brothers, with required information for transparency.

Upon receiving information on the meeting of Itsekiri General Assembly for the official pronouncements about the demise of Olu Ikenwoli and selection of an Olu-designate, Ooni Ogunwusi, in his capacity as the Arole Oduduwa sent a powerful delegation from Yorubaland, led by the Oore of Otun Ekiti, HRM, Oba Adekunle Adeagbo and the Olubosin of Ifetedo, HRM, Oba Akinola Akinrera, to solidarize with the Itsekiri nation during the critical moment and to witness the public presentation of the the new Olu of Warri by Iyatsere of Warri Kingdom.

The Olu of Warri designate, Omooba Emiko is the son of HRM, Toritseju Emiko, who was the Olu of Warri beteeen 1987 and 2015 and a Yoruba mother, Olori Duroorike Emiko, a princess from Ogere-Remo in Ogun state.