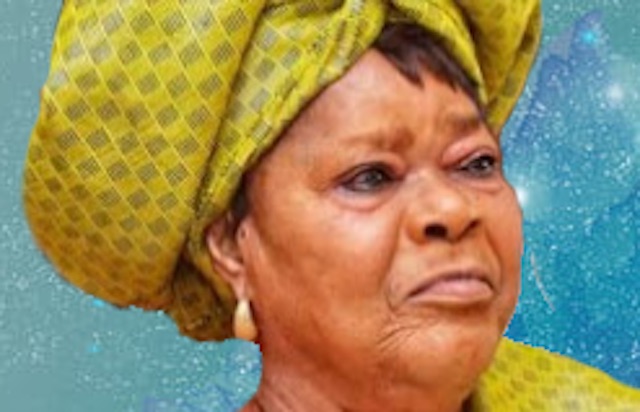 The people of Oke Ogun area of Oyo State under the aegis of Oke Ogun Council of Elders, OCE, have sent a condolence message to Governor Seyi Makinde, on the death of his mother, Chief (Mrs.) Abigail Makinde, who died on Thursday, October 15, 2020.

The organization, in a message signed by its President, Otunba Bamidele Dada, and Publicity Secretary, Comrade Jare Ajayi, respectively, said that at 81 years, Mama was certainly old, especially given the life span in Nigeria.

It however said that no matter how old one’s beloved one is, one would not want to miss such a person, especially a person who had sacrificed so much and had impacted positively on one’s life.

OCE siad, “From the testimonies we heard, Mama was a loving mother and a stabilizing factor within the larger Makinde family. We pray for the peaceful repose of her soul.

“Though Mama has gone to be with the Lord, she will sorely be missed by all as the lyrics of the song indicates: ‘What peaceful hours I once enjoyed
How sweet their memory still!
But they have left an aching void
The world can never fill.’

“The words in the hymn quoted above reverberates through one’s mind in the wake of the passing into glory of Mama, Mrs Abigail Makinde, matriarch of Makinde family as the vacuum normally created by the departure of a loving mother is always difficult to fill.”

In the meantime, the organization has lauded Governor Makinde for the award of the contract to reconstruct one of the major roads in Oke Ogun area, the Saki-Ogbooro-Igboho road, stating that this showed the commitment of the administration to the develop of not only Oke Ogun, but the entire state in general.

The statement siad, “We seize this opportunity to thank His Excellency on the approval he gave for the reconstruction of Saki-Ogbooro-Igboho road. It was in line with the governor’s avowal that his administration will enhance the infrastructure of Oke Ogun, as well as other parts of the state. We pray that the Almighty God will continue to strengthen our governor and imbue his administration with the wherewithal to uplift the state.”