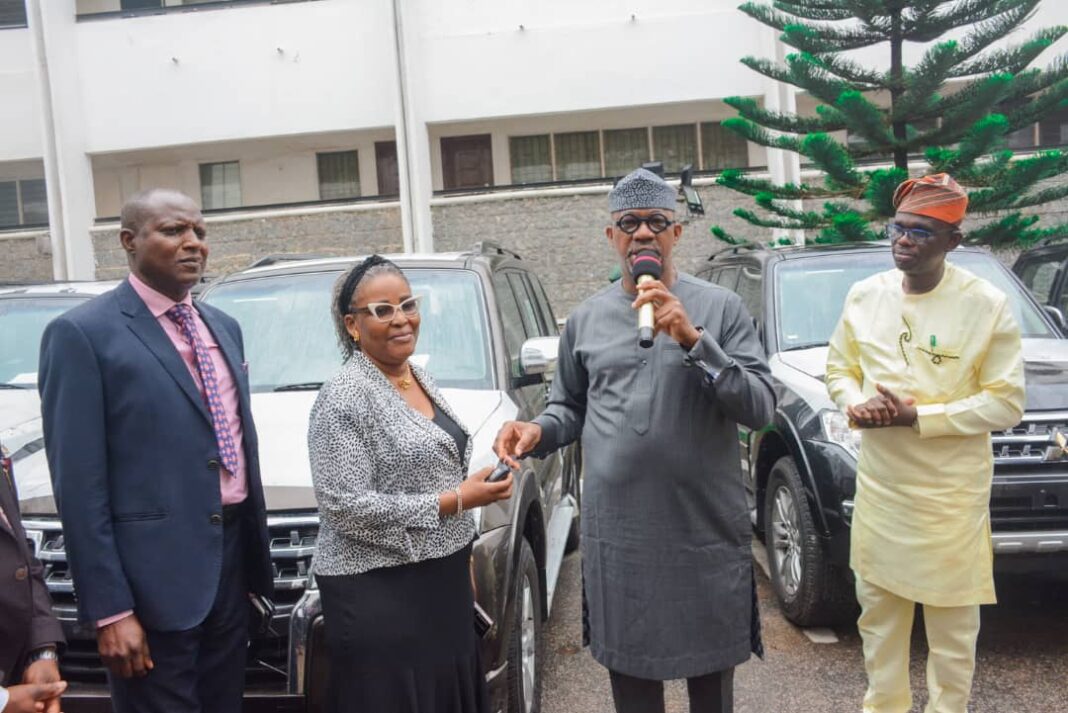 As part of the bid of the Prince Dapo Abiodun administration in Ogun State to enhance the welfare of judges and ensure the smooth running of the Ogun State judiciary, the state governor, Prince Abiodun, has presented 13 Sport Utility Vehicles, SUVs to the judicial sector.

A release signed by his Chief Press Secretary, CPS, Kunle Somorin on Monday in Abeokuta, the Ogun State capital and made available to the media, stated this.

Presenting the new vehicles to the state Chief Judge, Hon Justice Mosunmola Dipeolu on Monday at the Governor’s Office, Abiodun noted that the presentation of the vehicles was in fulfillment of his administration’s promise to always support the judiciary.

The governor added that Abiodun the delay in presenting the vehicles was not deliberate, adding that his administration in time past had supported the ease of dispensation of justice in the state as well as increased the quarterly allowance of judges in the state.

The governor recalled that his administration was able to introduce the e-Registry, and virtual sitting, which was introduced during the COVID-19 pandemic, adding that a collaboration with lawyers in the private sector, which allowed them to offer free representation to those that can’t afford lawyers was also established.

Responding, the Chief Judge, Justice Dipeolu, while acknowledging the governor for his support to the judicial arm of government, assured that the state judiciary would continue to perform its duties and also support the state government.