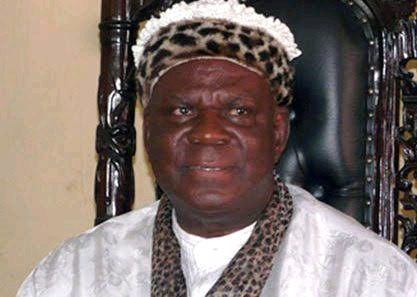 For daring to insult the Efik paramount ruler, the Obong of Calabar, His Royal Majesty Edidem Ekpo Okon Abasi Otu V, and claiming to be same, the Eze Ndigbo and leader of Igbo people residng in Cross River State, Chief Emmanuel Ezenwenyi, has been given a seven-day ultimatum to leave Calabar or face the consequences that come with the order.

Giving the ultimatum on Saturday, an Efik socio-cultural organization, operating within the palace of the Obong of Calabar, Nka Ikemesit Mkparawa Essien Efik Duopeba, in a press statement, dated April 3 and signed by the group’s Chairman, Vice Chairman and Secretary, Ekpo Ekeng, Adim Ekpeyong and Ekpeyong Bassey respectively, and made available to CompassNG in Calabar, the Cross River State capital, accused the Eze Ndigbo of insulting and impersonating the Efik King, the Obong of Calabar.

“For that reason, you are given seven days to pack and leave Calabar. You have to, under that seven days, go to the palace of His Eminence, the Obong of Calabar, the treaty king, and apologize or pack out of Calabar.

“We cannot tolerate or have two kings in one kingdom. Nobody can do it in your place and your people accept it. So you cannot do it here, period.”

Another Efik son, who claimed to be a member of the kitchen cabinet of the palace and gave his name as Etubom Sam, but refused to give his surname, alleged that what angered the group was that the Eze Ndigbo cornered a prominent personality of the Igbo stock, who wanted to seek audience with the Treaty King, but was trickily taken to the Eze Ndigbo’s place, instead of the palace of the Obong of Calabar, thus depriving the Igbo prominent personality from meeting with the Obong of Calabar.

He wondered, “Why would the Eze-Ndigbo stop someone from paying a visit to the Efik king? What if the visitor’s intention is to come and open up a business venture that would create employment opportunities and add value to the economy of the state? And someone decided to scuttle that meeting just to satisfy his personal aggrandizement?”