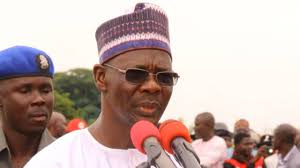 Operation Manager of the NSCSDA, Hajiya Maimuna Usman, disclosed this yesterday to journalists at Risha village in Akwanga Local Government Area of the state, when she led officials of the agency on an inspection of the Risha and Ningo Primary Healthcare facilities, which have since commenced operations.

She said that the two Primary Healthcare Clinics built and equipped by the agency are sited in Risha and Ningo communities in Akwanga Local Government Area.

On rural electrification, Hajiya Usman said that the agency has provided solar electricity power to Tashara community, while the rural communities of Kwombwesse, Onda, Yashipa, among others were connected to the national grid and electricity transformers installed in the connected communities.

In an interaction with journalists during the agency’s inspection visit to Yashipa village, the village head of the area, Adamu Mwagwan, appreciated the NSCSDA’s intervention in the water crisis that had overwhelmed his subjects, by providing them with a motorized borehole.

Mwangwan said, “My community is also enjoying electricity from the national grid, courtesy of the agency, as we no longer travel long distances to power our handsets and other gadgets demanding electricity to function.”