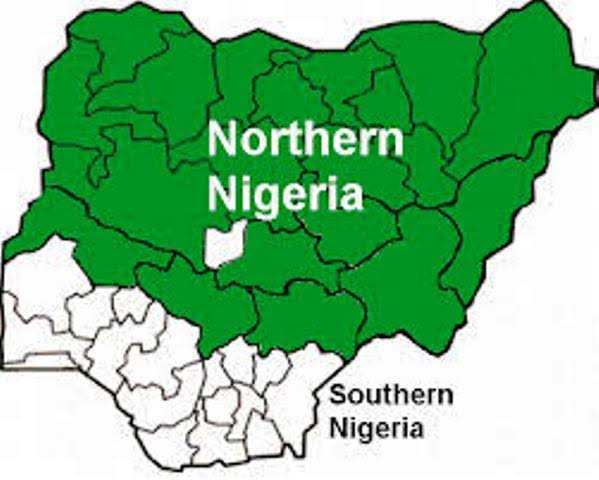 A recent lengthy submission from the elder statesman, Ahmed Joda, rested on a telling conclusion: Northern Nigeria is not developing its human capital.

It also does not have the time to do so anymore. Therefore, it is now ill-equipped to fit into either the knowledge-driven world of today or the new world of tomorrow. It needs at least 20 years to become significant in any way.

But, rather than wake up to this benumbing fact, there is the pursuit of the illusion of dominance.

Meanwhile the people of the region lack the skills for tomorrow, as majority of its youth lack everything that could make them part of a 21st century world. The major point in Joda’s intervention is that the triumphalism of cattle rearers, whose illusion of invulnerability is fuelled and sustained by a national security framework that is skewed to promote insecurity in specific regions of the country, will go burst sooner than later.

Confiscation of the headship of institutions of state is not the same thing as creating a “replacement generation” that could be part of a 21st Century world.

Since most of the Northern states have abandoned, ungoverned and even ungovernable spaces, its currently consumption-driven elite is really in no position to do anything, beyond maintaining a hollow swagger that is backed by nothing, but the fact that they are living mostly in Abuja and floating on free state funds.

Look more closely and you will be reminded of what was said of the House of Eli in the Bible: “Any ear that hears” the judgment of The Lord on that household will tingle.

It spoke of a visit to Zamfara State in 2014, which was “at once frightening, sobering and demoralising.”

The then “Secretary to the State Government explained how he abandoned his farm and ranch because of cattle rustling and fear for his personal safety.”

He confessed that “it was impossible to deploy law enforcement agents, even for himself, in any meaningful way” because they were mostly outnumbered, ill equipped and answerable to Abuja.

Have matters improved in Zamfara State today, or gotten worse, in almost every state of the federation?

Just as the then Zamfara State governor complained that “the misfortunes” of his people centred around “derivation, as a lot of gold was mined in the state and carted away while his people were ravaged by poverty,” many other states are not faring any better.

Look at Bauchi State, with its new Memorandum of Understanding, MoU, on service delivery with development partners. Is that what the state needs at the moment; with its pathetic human development index profile? Is it any different in Jigawa, Kebbi, Sokoto, Kano, Katsina, Edo, Rivers and the others?

Even Northern states with over 30 per cent of their geographical space occupied by marauders have been drafting and implementing budgets and development projects covering these areas, where no one lives.

Elite myopia, leadership illiteracy and abysmal ignorance of both 21st Century leadership and cultural anthropology of the Nigerian state are working together here. Most of Nigeria’s poor are Northerners, even as most high profile political and economically rewarding positions are held by Northerners.

While the South laments the asphyxiation of the Nigerian security infrastructure by its exclusive Northern domination, the very North is being systematically wiped out.

Unlike what happened during the mass massacre of Igbos in the 60s, no religion, ethnic, or political affiliation exonerates anyone today. For once, the North is actually giving the greatest evidence ever in its history of both political illiteracy and failure to follow the rules of self-preservation.

The former leather works sites of many Northern states, clothes factories and groundnut pyramids of Kano and Kaduna, are now like graveyards.

Question: Are leaders of the North, and leaders of various regions today generally, doing any form of costs/benefits analysis in their expenditures and use of public funds? I think not. No matter how generous you would like to be in evaluating the situation of the North today, you must come away with the painful conclusion that all might not be well with the people for a long time to come.

The trouble is that the collateral damage moving from the North to other regions is now like a sickness unto death, thanks to Bola Ahmed Tinubu. To think that many political leaders who were celebrating their political dominance a few years ago shall henceforth live in full knowledge of what the Mighty Maytones, the reggae singers of the 70s, meant by “weeping and wailing and moaning and gnashing of teeth.”

There is hardly any recent event (and I am talking about the last 15 years) in the home, or village, of most Northern politicians where the guests are not usually overwhelmed by at least 100 shabby looking youths, who are either prowling the vicinity, directly affronting guests, or raiding laid out tables. They are looking for nothing other than scraps of edibles and, not even a full meal.

And the big men themselves are usually not embarrassed by the spectacle.

And, by the way, Governor Ikpeazu of Abia State took his place in the pantheon of depraved leadership when he personally handed out wraps of Eba and a helping of poor quality soup as COVID-19 palliative to his people.

The dreadful disconnect between the 21st century and the Nigerian political religious, traditional and even academic elite is palpable. Has lasting school enrollment or academic performance improved in the North, in the last 10 years, even as all the governors are announcing massive “investments” in education? Has the region shown any real increase in the number of people registering for SSCE, NECO and similar competitive examinations? If no, then an inevitable implosion will yet come.

The current leadership culture of impunity portends ill. As “their people” come from Chad and Niger, their own youths are begging in the streets; or in the forests.

Everywhere is turning into a no-man’s-land, where even revered traditional rulers and religious leaders are no longer safe. A backlash will come when the Sudanese, Chadians and North Africans will suddenly not be so welcome; especially after the Northerners discover that they are displaced in their very homes.

When foreigners are the ones with Nigerian ID cards in the North, when foreigners are voters in the North, when the total number of registered candidates for all competitive examinations from the 19 states of the north continues to stand much lower than that of one particular state in the South, when even the cattle business is now in the hands of roaming bands, who have no conception of brotherhood, the modern state, you will realize what the Danish philosopher Soren Kierkegaard, meant by his two books, “Fear and Trembling” and “The Sickness Unto Death.” By then it would already be too late.

As I said then, over a year ago, “…relentless, daily killings are going on in all the Northern states, while everyone thinks that power resides in the North…

The Northern political elite would seem to have been diligently digging its own grave for quite some time now, but without knowing it. They have allowed a new breed of wild youths, not sufficiently socialised even in line with the ‘Ranka dede’ culture to … to become dominant.

Drugs, poverty, motiveless criminality and rapacious daredevilry have chased all the northern big men to Abuja.

But for how long will they be in exile? Is Abuja itself still safe? Are some high profile estates and exclusive neighbourhoods in Abuja not being quietly attacked these days?”

As property rates crash in the North, as investors flee, as local economies collapse, as re-desertification takes over many places, as farmlands and animal husbandry are abandoned, as the proceeds of crime become the new means for the unlettered, the threat to the children of the elite will multiply. The peace of mind of those who had the chance to make a difference but failed to do so will evaporate.

The free-band society of cattle herders will collapse before their very eyes, as much of the North is taken over by “degenerate marauders, who know nothing about modern statehood, law and order etc.” Is anyone thinking of what to expect in the “very near future”?

I need not repeat the old observation, that the late Abubakar Rimi would probably still be alive today if he had not encountered his ‘brothers’ on a lonely road in the dead of night.

He spoke to them in Fulfulde and tried to remonstrate with them that it was beneath dignity of a Fulani man to be involved in their “line of work”. But they did not listen to him. They robbed him, instead, and, still angry that he was telling them how to live their lives, managed to spare his life after warning him to keep his preachment to himself. It was the trauma to Rimi’s existing heart condition, as well as the statement of his “brothers” that they were simply trying to “make a living” and feed their families, that saw Rimi out of this world a few days later.

But the pretense persists, that “the North” is on course. The CAMA 2020, the Water Resources Bill, the suffocation of institutions of state by lopsided appointments will deliver nothing lasting.