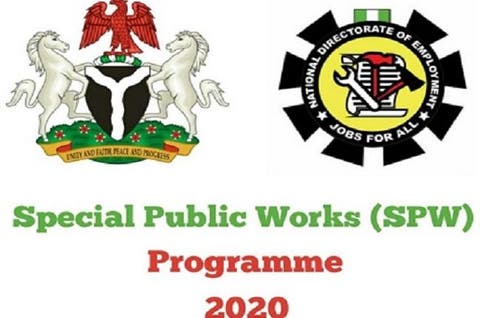 The Chairman of the selection committee for the 774,000 jobs of the Special Public Works programme in Nasarawa State, Dr Kassim Muhammad, on Monday dissociated himself from the ongoing sales of forms to high profile politicians in the state.

Addressing a press conference in Lafia, Kassim urged members of the public to disregard any fresh recruitment forms been circulated as the programme under him in the state has completed recruitment in September.

He said, “We have completed recruitment process in September across the 13 local government areas of Nasarawa State; we have opened accounts for successful beneficiaries in the six approved banks, Zenith, Access, Fidelity, FCMB, UBA and Heritage Banks preparatory to commencement on January 5th 2021.

“Anybody parading any sale of forms for fresh recruitment should not be taken serious as it did not emanate from me.”

He added that the internal wrangling, which delayed the commencement of the program nationwide has been resolved and the programme was set to commence on 5th of January next year.

Dr Kassim, who is a former member of the Nasarawa State House of Assembly, further explained that during the recruitment exercise in August, some people were arrested by the police in Akwanga Local Government Area for selling fake forms and were prosecuted.

While urging the public to disregard any fresh recruitment, Dr Kassim noted that the only authentic recruitment process was the one done in August and no such process is going on anywhere in the state.

He concluded that the recruitment process he did followed due process as directed by the supervising Minister of State for Labour and Employment, Festus Keyamo.