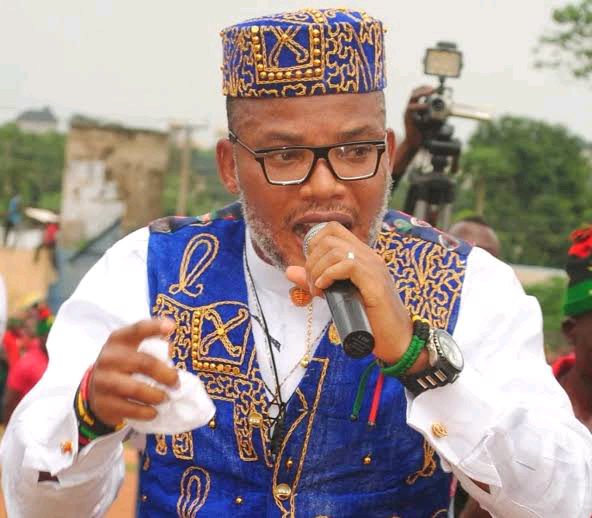 Only 10 Media Organisations have been accredited by the Department of State Services, DSS, to cover the trial of the leader of the Indigenous People of Biafra, IPOB, Nnamdi Kanu, slated for Monday, July 26th.

Kanu, who was re-arrested in controversial circumstances in Kenya, and repatriated to Nigeria is facing charges bordering on terrorism, treasonable felony, illegal possession of arms, among others, before the Federal High Court, Abuja, presided over by Justice Binta Nyako.

The DSS, whose custody Kanu was committed by the court, restricted the number of media organisations to cover the trial to 10, to limit its coverage. Menawhile, former Chairman of the National Human Rights Commission, Prof Chidi Odinkalu, faulted the DSS move saying that this is not allowed under Nigeria’s constitution.

He said on his Twitter handle late Sunday, “The assertion by the DSS, therefore, to “accredit media for purposes of covering a trial in #Nigeria is clearly not allowed under the constitution and violates the principle of separation of powers. If the judiciary chooses not to defend itself, @NigBarAssoc shd not let this lie.

“From what I understand, DSS presented a list which has been rubber-stamped under the name of an information officer in the Federal High Court. This officer does not, however, have powers of a court. Only the court undertaking the trial has this power to exclude anyone from a trial.”