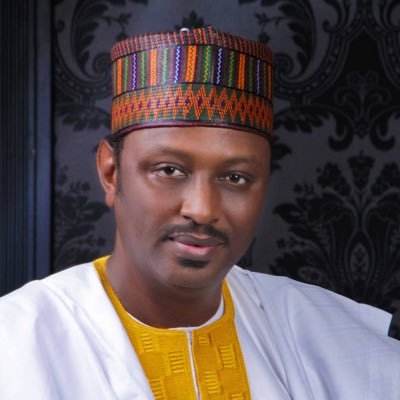 The Director General, DG, of the National Institute for Hospitality and Tourism, NIHOTOUR, Alhaji Nura Sani Kangiwa, has expressed his happiness and delight at the massive turnout of staff to work at the Kaduna campus of the institute.

This was contained in a press release signed by the Director, Media and Public Relations Unit of NIHOTOUR, Mr. Ahmed Sule.

According to the release, Kangiwa, who was visibly excited with the high sense of responsibility and commitment to duty exhibited by the staff, said this is what the institute needs to move forward.

He commended the coordinator of the Kaduna Campus, Madam Clara Asogu, for her dedication to duty, particularly in addressing some critical infrastructure issues of the campus with the scarce resources at her disposal.

The DG then gave a directive for the immediate commencement of work to restore water in the campus, while also ordering the completion of repair work on the bus earlier started by the Coordinator, all in a bid to address the water and transportation issues of the Kaduna campus of the institute.

Receiving the DG, the Campus Coordinator, Asogu, applauded him for his steadfastness and determination to tackle issues confronting the institute to lift it to greater heights.

She expressed her gratitude and that of the staff for the immediate action taken by the DG to address water and transportation problems of the campus.

During the unscheduled visit, the Campus Coordinator conducted the DG and members of his entourage round the campus on facility tour.

The NIHOTOUR DG, Kangiwa, equally paid a courtesy visit on the acting Executive Secretary of the National Board for Technical Education, NBTE, Engr. Abbati Muhammad, at the board’s headquarters in Kaduna.

In the course of the visit, Kangiwa expressed the gratitude of the institute to the NBTE on its continued support to NIHOTOUR’s programs, saying this has helped the institute to evolve far reaching and endearing courses offered for the nation’s tourism and hospitality industry.

While seeking for the Centre’s accreditation of three of its campuses: Lagos, Kano and Makurdi, to run Innovation Diploma Programs in Hospitality and Tourism, the NIHOTOUR boss solicited for more cooperation and inputs from the board, in the efforts of the institute to come up with more diversify course programs that meet the industry’s needs of the hospitality, travel tourism sector.

Kangiwa used the visit to congratulate Engr. Muhammad of his appointment on acting capacity as Executive Secretary of NBTE, noting that he will bring his expertise and wealth of experience to bear in running the affairs of the board to achieve its mandate.

Responding, the NBTE’s Acting Executive Secretary, expressed joy over Kangiwa’s visit, saying it will afford the board the opportunity to rub minds with institutions like NIHOTOUR to come up with skill work programs that will empower the youths to be gainfully productive.

He called on NIHOTOUR to ensure that its courses and programs are private sector demand driven for the growth and development of the hospitality and travel tourism sector.

My Experience Can Transform C’River To Prosperous State -Senator Bassey