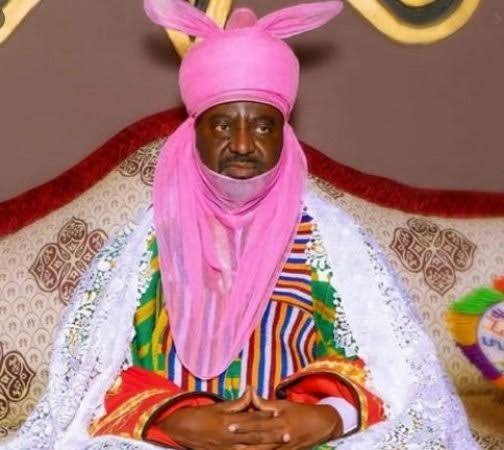 The Emir of Kano, Alhaji Aminu Ado Bayero, has called on Nigerians to show love to one another, irrespective of their tribes, culture, religion and creed in order to make the country great.

The monarch made the call while speaking with journalists at the Ilorin Government House, after he paid a courtesy visit to the Kwara State govenor, Mallam AbdulRahman AbdulRazaq.

Asserting that it was only in unity that Nigerians could make Nigeria great, Alhaji Bayero pointed out that people should cultivate the culture of giving helping hand to one another at all times, so that the country could be the one each and everybody could be proud of.

The Emir further asserted that if God in His infinite mercies had brought Nigerians together, even from from diverse tribes and culture when He could have made them a single tribe, we should therefore learn not to go against the wish and wisdom of God.

He said, “We should see ourselves as one broad family, irrespective of our tribal or ethnic differences.”

Governor AbdulRazq had earlier said in his remarks that the Emir’s visit would rekindle the long tie that had existed between Kano and Kwara states.

Traditional institutions of the two states, the governor said, had contributed in the reshaping of agriculture and commerce among the people .

To this end, AbdulRazq said his government would ensure more collaborations that would engender growth and developments in Kwara and Kano states.

He called for a strengthened traditional institution that would enable them contribute in the introduction of community policing in Nigeria.