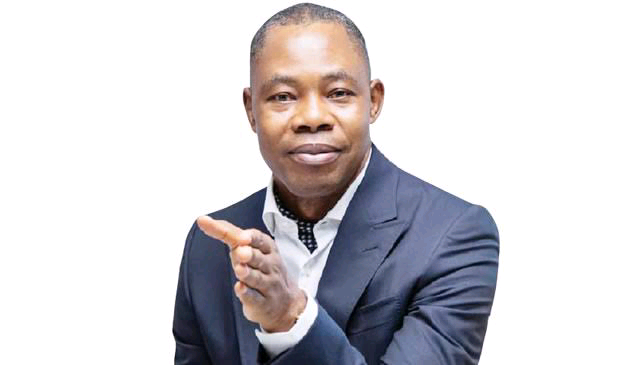 …Says At 61, Nigeria Like Elephant Keeping Company Of Antelopes

Honourable Adejoro Adeogun represents Akoko South East/West federal constituency of Ondo State at the lower chamber of the National Assembly. He is the Vice Chairman of the House of Representatives’ Committee on National Security. He speaks with select journalists on sundry national issues, including the controversy over where President Muhammadu Buhari’s successor should emerge from come 2023, the ban on open grazing by some Southern governors, Nigeria at 61, and prescribing the panacea to the incessant security challenges bedeviling the country, among many other salient issues. OLAJIDE OMOJOLOMOJU brings the excerpts:

You seem to be one of the most visible new representatives in the lower chamber of the National Assembly, what actually prepared you for your performance, considering your background before your foray into politics?
I have the benefit of a robust educational background, diverse work experiences and involvement in community activities, which served as part of my political learning curve. Perhaps the greatest preparation was the fact that I got involved in partisan politics to fulfill a divine purpose

Putting your performance so far side by side with your campaign promises, how well would you say have you fared in your covenant with the people of Akoko South East/West federal constituency?
Where I come from, it is said that a masquerade does not see its back, so I’ll leave the assessment of my performance to my constituents, who gave me their mandate. Albeit, if what majority of the constituents say is to be believed, then I must have done excellently well.

As a security expert, what step do you think needs to be taken to tackle the security situation of the country, which seems to go from bad to worse on daily basis?
The steps to be taken are multi-dimensional. We first need to address the root causes of our security challenges, which include: poverty, unemployment, and slow judicial administration; and we must take urgent steps to build our law enforcement capability to address insecurity 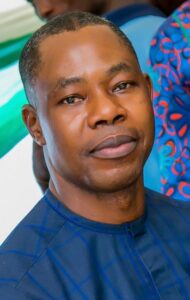 Some Southern governors have banned open grazing in their respective states. Do you think this is a panacea to the persistent clash between herdsmen and farmers?
The ban on open grazing is a necessity, given the violence attributed to the activities of armed cattle herders across the country. It is a measure being adopted to safeguard the lives and properties of farmers and other law abiding citizens. I am of the opinion that the states should however take steps to support those engaged in herding in their business, to beside the ban on open grazing, I think the state governors should take steps to provide for the shift of herding business from open grazing to ranching.

The Southern governors have advocated for the South to produce the next President in 2023, however some Northerners are insisting that the North should produce President Muhammadu Buhari’s successor come 2023. What is your take?
The hullabaloo over where the next President comes from is the outcome of the distrust between the different ethnic groups in Nigeria. The fear that some groups dominate political leadership, whilst others are perceived as being marginalized is at the root of the clamor for zoning of political offices. Sadly, the focus on these things that divide us takes us very far away from what should be our main focus.

Which geo-political zone in the South do you think should produce the next President, if the Presidency is zoned to the South?
As an individual, I am more concerned about good governance and national integration than where a President comes from. However, given the prevailing distrust in the nation, I think the most appropriate thing to do is to reach out to the zones that feel most marginalized. For the sake of restoring broader confidence in the entity called Nigeria, the political class must deliberately take actions that are geared toward lasting national integration

The Peoples Democratic Party, PDP, has announced that its National Chairman will come from the North. This is being construed as a signal that its presidential candidate will come from the South. Do you think that the ruling All Progressives Congress, APC, should do likewise?
The ruling party and an opposition party should not be expected to toe the same path, except where interests align. My advise is that you should not misconstrue the zoning of the National Chairman of a party with the presidential candidate. Please, look beyond the media theatrics and read between the lines. Na game! I expect the ruling party to pursue a policy of fairness, not necessarily zoning.

Do you think the Federal Government is handling the agitations for self determination from across the country the right way?
Most of the agitations masquerading as separatist agitations are merely ways of expressing the displeasure with some aspects of governance. Most of these agitations arise from two issues: first, perceived political marginalization, and secondly, economic inadequacies. If we manage to address these two challenges, we will be moving towards eliminating the issues you described as self determination. However, I think the Federal Government is handling the security aspect of these challenges, but a lot more is desired to regain the confidence and trust of all the component parts of Nigeria.

What is your assessment of Nigeria at 61?
Nigeria is like an elephant that has chosen to keep the company of antelopes. It will never achieve its potential until it occupies its proper place in the jungle. To do that, it must first understand that it is an elephant, and not an antelope. Then it must rise up to take its proper place among mammoths, rather than malingering among animals of lesser potentials.

What is your view on the growing clamor for generational shift in the leadership of Nigeria?
Should age really be a yardstick for leadership attainment? Should a potentially good leader be excluded on the basis of age? I really think what we need at this stage is a President with a contemporary world view, who can unite all segments of the nation, and bring all the citizens, irrespective of ethnicity, religion economic class, age or sex to share in one common vision of unity and prosperity. Age, like ethnicity, should not be the overwhelming prerequisite. Rather we should be seeking a President with a pan-Nigeria vision, who is imbued with the capability to bring out the best out of our citizens, have an excellent understanding of macro-economic principles and understands the aspirations of the younger generation.

Do you have any fear about 2023?
I absolutely have no fear at all. 2023 will come, and contrary to the expectation of doomsday prophets, Nigerians will once more show the world that it has ingenious peculiar ways of solving its own problems.

FG To Tinker With Labour Laws Over Constant Disputes -Keyamo