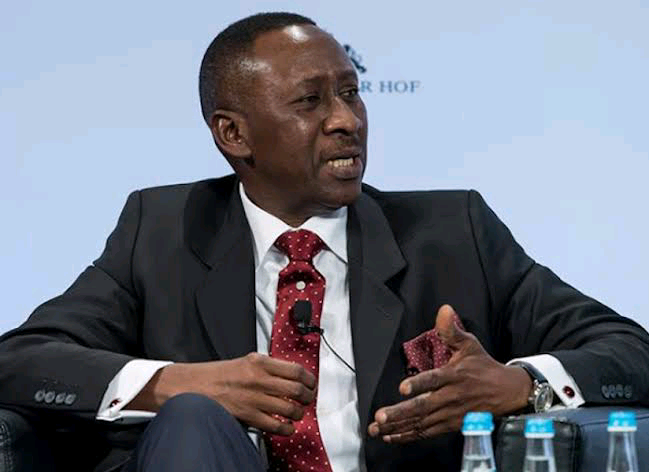 A non-governmental organization, Forum Against Threat to Peace, FATP, has condemned in stronger terms, the reported declaration by the National Security Adviser, NSA, Major-General Babagana Monguno, (rtd), that the National Taskforce on the Prohibition of Illegal Importation/Smuggling of Arms, Ammunition, Light Weapons, Chemical Weapons and Pipeline Vandalism, NATFORCE, is an illegal security outfit.

Describing declaration as an anti-democratic action that is against the rule of law, the NGO, in a statement from its leader, Elder Emmanuel Abanikannda Mathew, reminded that a court of competent jurisdiction in Abuja had earlier declared the outfit legal.

Recall that a pronouncement of an Abuja Federal High Court, presided over by Hon. Justice E.S. Chukwu, which declared the NATFORCE a legal outfit on April 30, 2013. The case was a civil suit brought before the honourable court by the NATFORCE against the Minister of Finance, the Federal Ministry of Finance and the Inspector General of Police, IGP.

FATP further reminded that a Bill towards legalizing the outfit as a security apparatus is before the National Assembly, the legislative organs mandated to make law for the country, reasoning that fairness demands that the outcome of their oversight function should be awaited before any action on the issue.

The Bill is reported to have passed a second reading.

Recall that the sponsors of the bill were former Speaker of the House of Representatives, Rt. Hon. Yakubu Dogara, APC, Bauchi, and Senator Smart Adeyemi, APC, Kogi.

The NGO is of the belief that observance of the rule of law in and compliance with court pronouncement in a democracy should be the order of the day, insisting that anything contrary to that can never be acceptable in any civilised clime.

The organization therefore challenged the generality of the people to assist the government in any way possible to rid the country of any form of threat to the peace and security of the citizenry, insisting that any legally organised security outfit like NATFORCE should be allowed to be functional in Nigeria.

The NGO was impressed to learn that the Director-General of the outfit, Dr. Baba Mohammed, has even received Israeli experts for the training of its management staff and operatives, with a view to making them competent and effective as professionals.

FATP therefore regretted that the disbandment of NATFORCE would put a cog in the wheel of job creation for the teeming youth of this country!

In conclusion, the concerned organization therefore urged the good people of Nigeria, home and abroad, to prevail on General Monguno to reverse the disbandment order; and allow the National Assembly to conclude deliberation on the said Bill before deciding on the next line of action to take,
saying that such step is the hallmark of a nation in democracy.