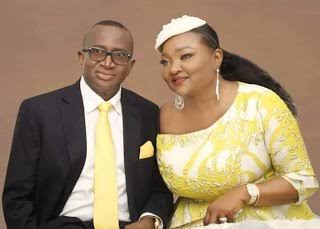 The kind gesture extended to the inmates came few days after he buried his beloved wife, Amaka, and less than two months after hoodlums masquerading as #EndSARS protesters, looted his property in broad daylight and caused massive destruction at his Calabar residence.

The former Senate Leader, who has vowed not to mourn, but continue to celebrate his late wife, disclosed that the donations to the Correctional Service facility in Ikom were from her.

He said, “It was a final gift from my (late) wife to the prisons. She did that with orphanages and sometimes prisons and old people’s homes.”

In his remarks during Amaka’s funeral service, the erstwhile NDDC helmsman had said, “My wife was someone who did not like pity for any reason, and she would not like to be mourned, so I will rather celebrate her always, instead of mourning her. My wife was a builder of human beings, she built more human beings than structures. In our house, nobody is called house girl or boy. Everyone who enters our house became family and all of them were graduates in the end.

“She was a strong woman who like celebration. We would celebrate her. My wife left early, and those who knew her, knew she was a very beautiful woman, but she was more beautiful from inside. We will not mourn her, she didn’t like pity and never like being pitied so we will celebrate her always. ”

Ndoma-Egba’s wife died in a ghastly motor accident on her way from Benin to Okitipupa in Ondo State on November 19, 2020. The former parliamentarian had also earlier lost his biological mother and mother-in-law.