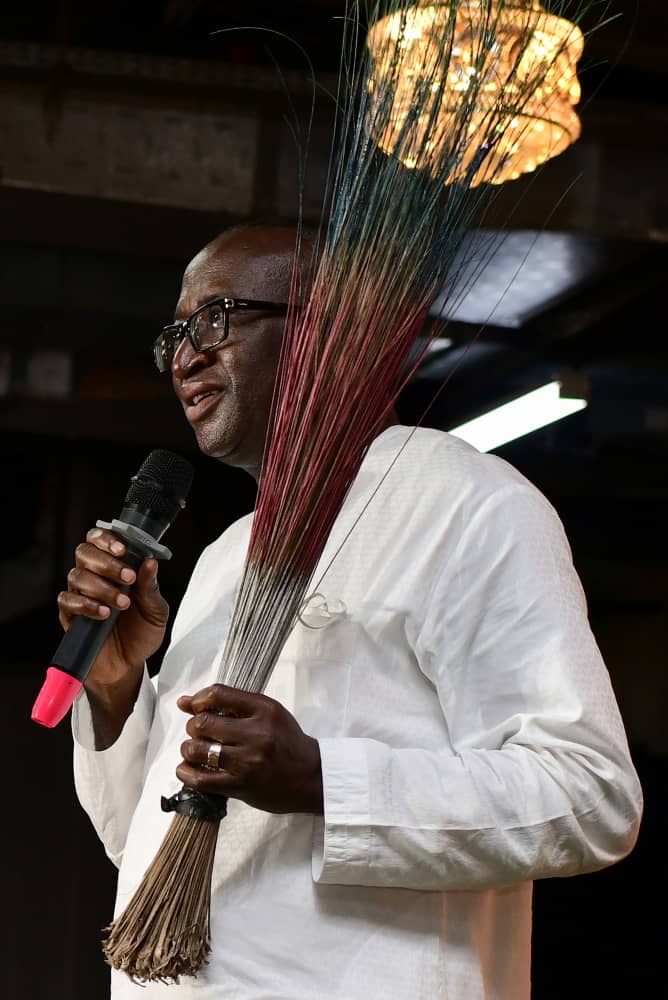 …Stresses On Need For Party Cohesion In C’River

He said that it was the only way the party can win elections in 2023, stressing that the peace and unity among party faithful remain sacrosanct.

Ndoma-Egba gave the charge while fielding questions from journalists shortly after an interactive session the Cross River State Governor Ayade had with APC stakeholders at the Event Hall, Calabar Cultural Centre Complex, Sunday night in Calabar.

The Leader of the 7th Senate warned on the dangers of allowing rancour and acrimony to thrive in the party, stressing that the unity and peace among party men remain sacrosanct.

Ndoma-Egba urged Governor Ayade to see himself now as APC leader in the state, and not to allow the party, which is now under his care, tow the line of his former party.

The APC chieftain reminded party stakeholders how Cross River State was so weak and vulnerable to be in political opposition in Nigeria, lauding the state governor for taking that bold step and defected from the People’s Democratic Party, PDP, to the ruling APC.

While reiterating his support for Ayade and other party leaders in Cross River State, Ndoma-Egba stressed that such overwhelming support places huge responsibility on the governor’s shoulders, to reciprocate the gesture by ensuring that he remains a consultative, inclusive, democratic, transparent and accountable leader, not just for the APC, but to the people of Cross River State as a whole.

Reacting to Ndoma-Egba’s advice, Governor Ayade assured the APC leaders/stakeholders in Cross River State that members will henceforth enjoy the status of ruling party, and pledged to do everything within his reach to take both the state and party to enviable heights.

He said, “We, the APC in Cross River State, will sit down and agree as a family, such that not even one office will be lost to the opposition party.”