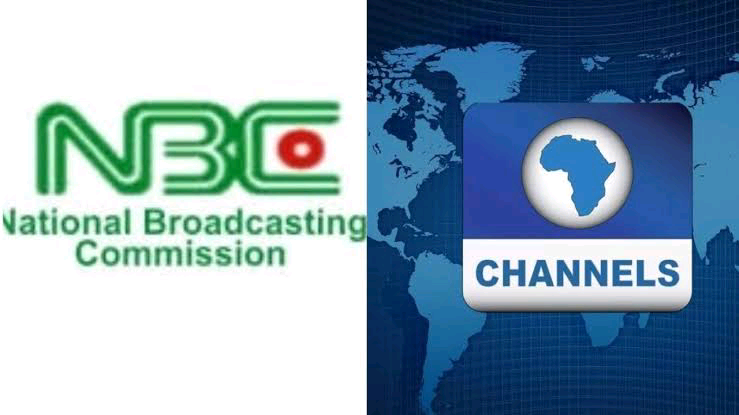 The National Broadcasting Commission, NBC, has suspended Channels Television, with a fine N5 million, for breaching the broadcast code.

The decisions were communicated to the Managing Director of Channels Television, in a letter signed by the NBC acting Director-General, Armstrong Idachaba, where the commission referred to Channels TV 7pm live broadcast programme of Sunday, April 25, 2021.

The NBC averred that the TV station erred by allowing a leader of the Indigenous people of Biafra, IPOB, to make secessionist and inciting declarations on air without caution or reprimand.

Channels TV was also accused of allowing the guest speaker to make derogatory, false and misleading statements about the Nigerian army, despite being proscribed by a court of law.

The interview hosted by Seun Okinbaloye on a programme “Politics Today,” on Sunday night, according to the NBC letter to the management of Channels TV, is in contravention of several of the broadcast codes and extant laws of the land.

The letter reads in part, “In the programme, a so-called new leader of IPOB made several secessionist and inciting declarations on air without caution or reprimand by your station.

“He also made derogatory, false and misleading statements about the Nigerian Army.

“This is reprehensible, especially that IPOB remains a proscribed organisation, as pronounced by the law courts of the land. This much Channels TV ought to know and respect.”

The letter cited sections 3.11.1(b) and 5.4.3 of the Nigerian Broadcasting Code as having been violated; adding that Channels TV was now liable to the suspension of its licence and a fine of N5 millon as provided for in Section 15 of the code for its infractions.

Directing an immediate cessation of the programme, Idachaba cautioned that “Channels TV owes the country the responsibility for a true professional and ethically guided broadcasting especially at times of crisis.”

Meanwhile, Socio-Economic Rights and Accountability Project, SERAP, ha threatened to sue the NBC and the Muhammadu Buhari-led Federal Government if they failed to reverse the suspension of Channels TV, describing the suspension as illegal and unconstitutional.