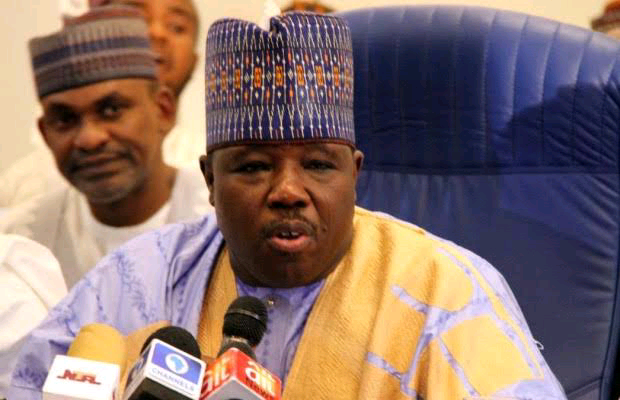 A chieftain of the All Progressives Congress, APC, in Nasarawa State, Dr Mohammad Kassim, has insisted that the former governor of Borno State, Senator Ali Modu Sheriff, remains the best choice for the APC National Chairman.

Kassim, a former member of the Nasarawa State House of Assembly, stated this yesterday in Lafia, while speaking with journalists in response to a publication that Sheriff cannot emerge a consensus candidate of the party, despite his endorsement by the governor of Ebonyi State, Mr Dave Umahi.

Accordingly, the former member of the Nasarawa State House of Assembly said, “Senator Sheriff had led the Peoples Democratic Party, PDP, with capacity, competence and experience.

“But since he rejected bribe and left to join the APC, he helped to form in 2014, PDP has been jittery that if given the opportunity to lead the ruling party, he will collapse the PDP in the country and ensure victory for the ruling APC in 2023.

“Sheriff is an open book as far as leadership is concerned, his humanitarian ideology rejects blood-politicking or life wasting exercise, he never want a single person dead upon victory of his party or candidature.”

Kassim further added, “Sheriff cannot be considered a newcomer into the APC, because he was the chairman of the Board of Trustees, BoT of the defunct All Nigeria Peoples Party, ANPP, which negotiated the merger with other legacy parties that CPC formed the APC in 2014. Everybody in APC is a new member because APC itself is a new political party, which was formed in 2014, where Sheriff played a key role in it’s formation.”

He explained further that the popular opinion in the APC today is that the North should produce the next National Chairman of the APC, while the Southern part of the country produces the next President come 2023, adding that the argument that Sheriff and President Muhammadu Buhari are from the same zone do not hold water.

He said, “Because of his relationship across the country, Senator Sheriff has been consulting governors and other progressives in the party. We sincerely appreciate Governor Dave Umahi for finding Senator Sheriff’s aspiration worthy of support.”

The former lawmaker revealed that Sheriff has paid his dues in Nigerian politics, and as a founding member of the APC, he remains an indisputable pillar of the APP to the ANPP before the merger in 2014.

He said, “He was among the brain behind the merger that gave birth to APC. He took politics like a thunderbolt, a crowd puller, he is compassionate, courageous, considerate, deligent, generous and reliable. He will consolidate on the achievements of Governor Mai Mala Buni as party National Chairman.

“Sheriff never leads from behind, he is often in the front line when a goal is to be achieved. He is the motivation APC needs to achieve uncommon success. He is a team player.”