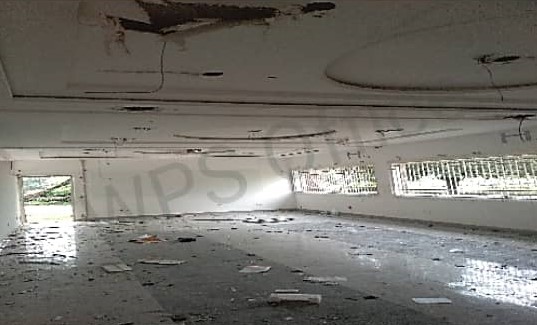 A traditional ruler and parent of one of the trainees at the Industrial Training Fund, ITF, Calabar area office, Chief Cletus Effiong, on Monday condemned in strong terms the wanton destruction of the ITF office in Calabar, where property worth millions of naira were looted and the office set on fire by hoodlums during the #End SARS protest in Calabar.

While speaking with newsmen in Calabar, Effiong lamented that with the destruction of the ITF office in Calabar, children of less privileged people, who were direct beneficiaries of ITF acquisition scheme, are the ones to bear the brunt.

The monarch stated that apart from, his son Peter, who happened to be a beneficiary of the ITF skills acquisition programme, he knows many children whose parents couldn’t afford to pay for them to learn any trade, but are liberated by the ITF.

He said, “I am shocked that young people can loot and set ablaze the ITF office, which had been like a messiah to children of common people.

“If any one asked me why the office was set ablaze I don’t think any right thinking individual can have explanation on that.” 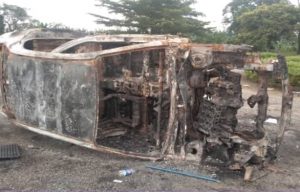 Effiong, who claimed to be a monarch of Anang people residing in Ekimkai community Akparabong, Ikom Local Government Area of Cross River State, lamented how his son and his neighbor’s son, Jacob, who undergoing training in aluminium roofing and wielding, have nowhere to go to in the morning due to the destruction of ITF office.

He added, “My son had already completed the training and waiting to be empowered by management of ITF who had promised them starter-pack immediately the office commences work after COVID-19 break.

“I am shocked at the level of destruction of the ITF Calabar area office! How could the attackers resort to set fire on the entire facility after looting the office?

“The frustration is too much! The entire place was raided with impunity, leaving the premises in a shadow of itself.”

ITF staff, who spoke on condition of anonymity with our correspondent in Calabar, lamented the level of losses incurred by the Calabar area office after the looters struck. 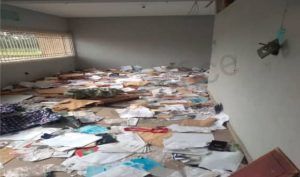 Conducting CompassNG round the Calabr ITF office, one Mr. Paul who refused to mention his surname, insisting that he was not authorized to speak to the press, stated that items destroyed included: audiovisual studio, a Cerato car (burnt down), power generating sets, library, farm demonstration sites, poultry farm, area manager/head of finance office, head of training office, training room and host of others.

Decrying the level destruction in ITF Calabar area office, Paul appealed to the Federal Government to come to the aid of the ITF so that the entire training facility can be rebuilt to tackle unemployment.

Effiong averred that the extent of damage done to the ITF is worth over N300 million, stressing that it would cost the government a fortune to rebuild the Calabar area office.

When CompassNG puts across a telephone call to the zonal coordinator of ITF, Mrs. Ose Irabor, to speak on the extent of damage done to the ITF office, she said she was short of words.