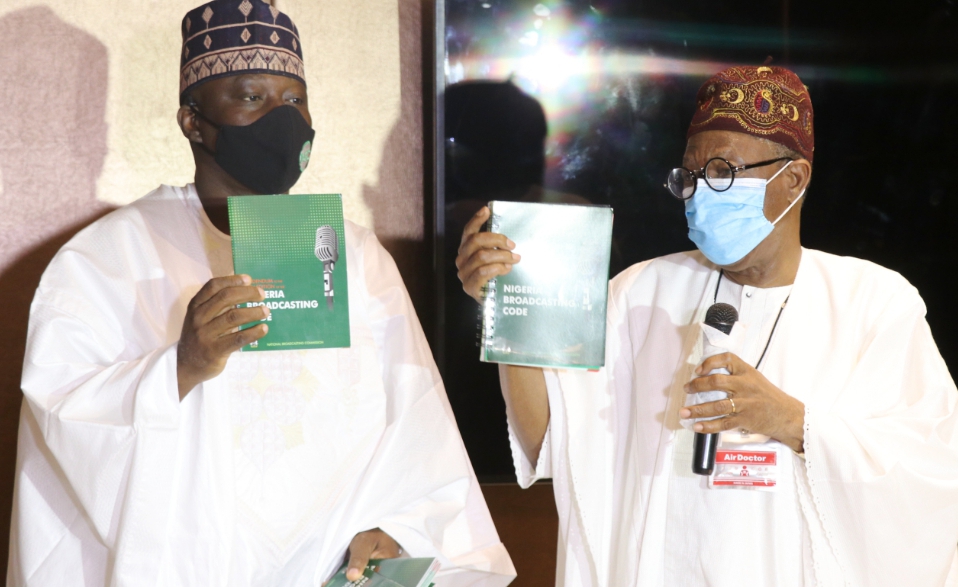 The Minister of Information and Culture, Alhaji Lai Mohammed, has unveiled the reviewed Nigeria Broadcasting Code, which contains the Antitrust provision, aimed at boosting local content and encouraging the growth of the local industry, among other provisions.

Speaking at the unveiling ceremony, organized by the National Broadcasting Commission, NBC, in Lagos on Tuesday, the minister said that the antitrust provision will boost local content and local industry due to laws prohibiting exclusive use of rights by broadcasters who intend to create monopolies and hold the entire market to themselves.

A statement signed by Special Assistant to the President on Media, Office othe Minister of Information and Culture, Segun Adeyemi, quoted Alhaji Mohammed as saying that the antitrust provision would also encourage open access to premium content.

He said the revised code contains the law prohibiting backlog of advertising debts in order to promote sustainability for the station owners and producers of content, as well as the law on registration of web broadcasting, which will grant the country the opportunity to regulate negative foreign broadcasts that can harm the nation.

The minister added that “the provisions on responsibility of broadcast stations to devote airtime to national emergencies…obviously mandates terrestrial and pay TV channels to make their services available to Nigerians at time of national emergencies – like the ongoing COVID-19 pandemic – for their education and enlightenment.”

Reiterating that the amended code also includes the provision raising the fine for hate speech from N500,000 to N5 million, Alhaji Mohammed clarified that the amendments were necessitated by a presidential directive, in the wake of the 2019 general elections, for an inquiry into the regulatory role of the NBC, with a view to repositioning the regulator for optimum performance.

He said that despite the attacks by some vested interests, who believe that their singular business interest is superior to national interest, over the provisions of the amended code, the Federal Government remains unperturbed, adding, “But, as it currently stands, the 6th edition and the amendments, which we are unveiling today, remain the regulations for broadcasting in Nigeria.

“Our intention remains the good of the country. We need to catalyze the growth of the local industry. We need to create jobs for our teeming creative youths. The opportunities must be created and we believe that effective regulatory interventions are a sure way of attaining this. That’s why we will not waver.”

The acting Director General of the NBC, Prof. Armstrong Idachaba, commended the present administration for showing keen interest in the development of the broadcasting industry through the implementation of reforms and several other interventions.

The unveiling was attended by officials of the NBC and other stakeholders in the broadcasting industry.