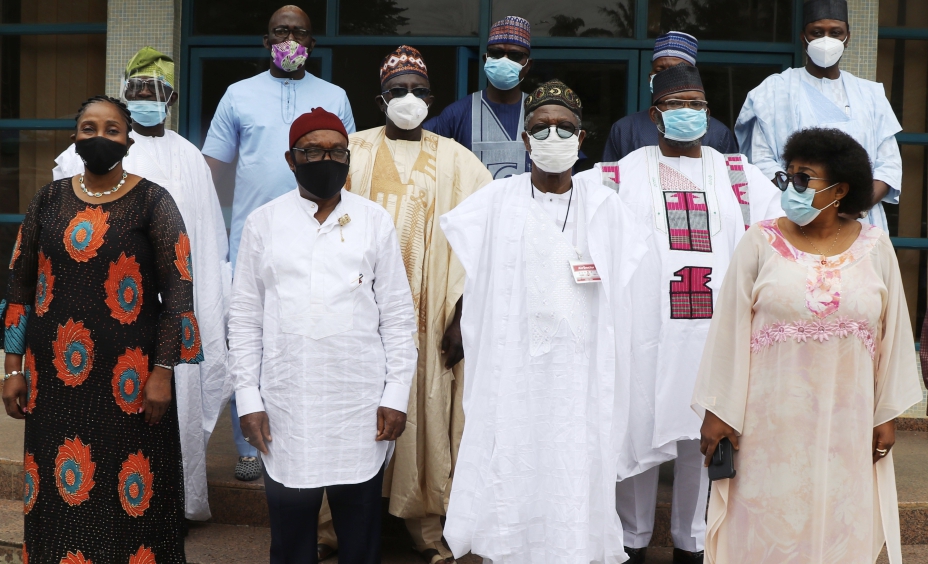 The Minister of Information and Culture, Alhaji Lai Mohammed, has charged the newly-appointed Chief Executive Officers, CEOs, of some agencies under the ninistry to consider their appointment by Mr. President as a call to national service.

According to a statement signed by the Special Assistant to the President on Media, Office of the Minister of Information and Culture, Segun Adeyemi, the minister, gave the charge in Abuja on Friday at his maiden meeting with the CEOs, insisting that they must work hard to justify their appointments.

Specifically urging them to key into the 9-Point Agenda of the Muhammad Buhari administration, Alhaji Mohammed charged them to guide the policy directions over the next few years and to achieve national development.

He said, “You must consider your appointment by Mr. President as a call to national service, and you must work hard to justify it. A starting point is for you to ensure that the activities of your agencies key into the nine priority areas of government.

“Of particular relevance to your various agencies, especially those in the culture and tourism sectors, are priorities one and two, which are to build a thriving and sustainable economy, and enhance social inclusion and reduce poverty, respectively.”

Alhaji Mohammed added that the Ministry of Information and Culture is already working on these areas through its reform of the creative industry and the efforts to put in place a standard Audience Measurement System.

He described the new CEOs as round pegs in round holes, saying that they were carefully selected based on their respective track record of achievements, competence and years of dedication to duty.

The minister said that the CEOs are joining a government that is doing so much with so little, especially at a time of dwindling resources due to the sharp fall in the price of oil and the devastating impact of the COVID-19 pandemic on global economies.

He maintained that in spite of the challenges, the government has remained steadfast in carrying out massive infrastructural renewal in the areas of roads, bridges, rail and power, among others.

Responding on behalf of his colleagues, the General Manager/CEO of the National Theatre, Prof. Sunny Ododo, thanked President Buhari for the appointments and assured that he and his colleagues will consolidate on the gains so far recorded by the minister, and strive to make the creative industry an enviable component of the Nigerian economy.