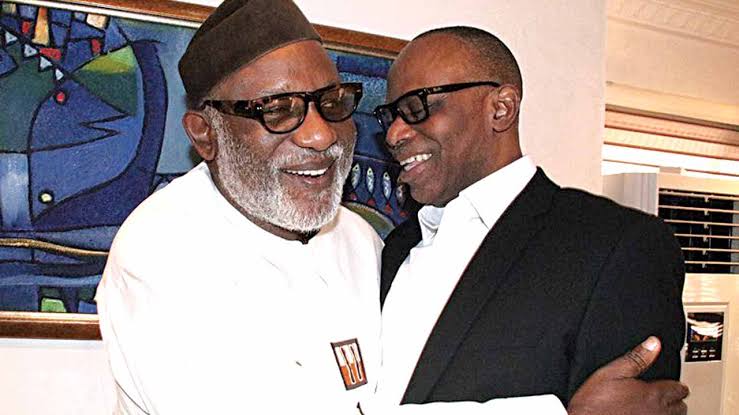 The immediate past governor of Ondo State, Dr Olusegun Mimiko, at the weekend described his successor in office, Oluwarotimi Akeredolu, as a disappointment to the people of the state.

Mimiko said this at Ile-Oluji in Ile-Oluji/Okeigbo Local Government Area during the campaign tour of Hon Alfred Agboola Ajayi, the governorship candidate of the Zenith Labour Party, ZLP, describing his successor’s government as anti-people because of the cancellation of free health and increase in tuition fees paid by tertiary institutions’ students in the state.

Mimiko, who said he had worked with three governors before becoming governor for eight years said Akeredolu’s government has failed the people of the state in all critical sectors affecting the well-being of the people.

He said that the Akeredolu administration’s claim of performance is nothing but falsehood as all indices showed otherwise.

Mimiko said, “There is no person that will say he has not performed. But how do we differentiate performance?

“Any government that has not democratised education is a bad government.

“This government that hiked school fee is a bad government. Akeredolu’s government is an enemy of the people. Anybody who votes Akeredolu is selling his children future.

“Any government that does not make health free is your enemy. Akeredolu’s government is an enemy of the people by cancelling mother and child and free health for children.

“Any time he come here to campaign for votes ask him, where is our shuttle buses? Where is our abiye? The government that cancelled trauma centre is your enemy.”

The former governor said that the utterances of Akeredolu have clearly shown that he is not part of the state, as he had vowed to go back to his base if not voted for.

Mimiko said, “This government has not performed, he is anti-people. Any government that fails to democratize access to education, health and other essentials services to the people is not a good government.”

Lamenting the failure of his successor to build on the successes recorded in the health and education sectors during his tenure as governor, Mimiko questioned the need for the Akeredolu led administration to cancel free health services and free education in primary and secondary levels, noting that any government that fails to prioritize education and health is anti-people.

The ZLP national leader also fumed at the cancellation of the Accident Emergency Scheme, which was established by his administration to reduce the number of deaths on express roads around Ondo State.

He urged the people to vote out Akeredolu’s anti-people government and vote for Agboola Ajayi and Gboye Adegbenro as governor and deputy governor respectively on the platform of the ZLP.

In his remark, Ajayi said he has listened to the cries of the people and have offered himself as alternative to the misrule of Akeredolu.