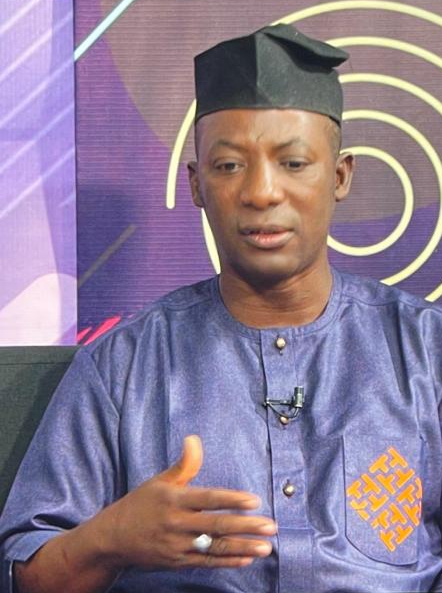 A major requirement for sustaining a democratic order in any given environment is that elections are to be held periodically for the people in that space to be able to make informed choices from an array of gladiators presenting themselves to occupy political offices.

This is one of the numerous achievements of Nigeria since the advent of democratic rule in 1999. This feat has been achieved, despite the numerous challenges that have been/are plaguing the country.

Unfortunately, other dividends of democracy such as respect for fundamental human rights, clear political ideology from the political class and economic prosperity to all, via even and equitable distribution of resources are clearly missing.

When properly situated, it won’t be out of place to give a verdict that the current democratic experiment that we are practicing has not fared well to cater for the needs and aspirations of teeming Nigerians, who had expected that the return to democratic rule would engender individual prosperity for all, though I concede that the prevailing political environment is better than military rule.

When viewed properly, the country is moving at a relatively slow pace and this should be of serious concern to stakeholders in the Nigerian project, but rather than despair, Nigeria has what it takes to turn the situation around positively.

One singular factor for these underdevelopment is the quality of the elite ruling the country. The structure in place today has been deliberately erected by the elite to serve their whims and caprices. No doubt, the prevailing political structure is indeed a very challenging one.

To be sincere, there is no society that operates this current system in Nigeria that witnesses any iota progress.

The federal presidential structure that we practice was copied from the United States of America, US, which is almost a single racial entity being predominantly Caucasian. A situation whereby power is concentrated on one individual is not suitable for Nigeria.

Nigeria is a multi-lingua, multi-religious entity and the current structure is not suited for it, if the country aspires for progress and development. There is nobody in Nigeria today who will tell you that what we have as a political and administrative arrangement has worked well for the good of all.

In Nigeria today, the Federal Government is practically in charge of our lives, because it controls everything that is needed by individuals. The government at the centre has taken up responsibilities that can be performed by other tiers of government.

Imagine the Federal Government embarking on mundane projects: fire fight, primary education and primary healthcare, which local governments ought to handle. The situation is so bad that state governments can’t undertake some life changing projects in the railway and extractive industries until they get approvals from federal authorities.

All these impede development, because of the too much concentration of power on an individual, who has the power over life and death. The danger in this kind of arrangement is that whenever a president emerges through whatever means, he is seen as representing the interest of his ethnic or religious group, not as a Nigerian leader.

His (the leader’s) policies and programmes are interpreted as tailored towards the advancement of his people and not that of Nigerians, who he was voted in to serve as their president.

Unfortunately, rather than change the structure for the common good of all, the political elites usually improvise from time to time to nurture their class selfishness and greed to the detriment of teeming Nigerians.

For convenience, schemes such as power rotation, federal character, national spread, derivation and other selfish palliative measures to give a façade those efforts are being geared towards progress and prosperity, but rather, when viewed critically, these measures are class concessions that the ruling elites use to concede resources to one another.

We in the civil society have been clamouring for restructuring for some time, though many have interpreted our demands in many ways, but what we simply mean is devolution of power from the centre to the component units in a manner that would drive growth as each unit would design its developmental strategy, based on its peculiar realities.

When that is done, each and every unit will now be centres of productive growth and a viable contributor to the common patrimony and not a leech on others as the case is now.

The need for urgent review of the prevailing structural arrangement in the country further accentuated by the pervasive tension in the country, occasioned by skewed concentration of wealth in the hands of the elites to the detriment of the large number of Nigerians who are wallowing in abject poverty.

The political class is oblivious of the inherent dangers lurking ahead, occasioned by their primitive, lackadaisical attitude towards the issue of statecraft and good governance.

So palpable is the manifest division in the country along religious and ethnic fault lines. I am worried that if the political class doesn’t act maturely, the consequences could be very dire and devastating to all. I am worried that Nigeria is moving steadily towards a major crisis that would be so monumental with huge consequences for the country.

The culture in the country today is that of violence, people don’t resolve conflict amicably anymore. This is the direction that the political class is not looking at and it is very saddening. It calls for so much concern.

The need for urgency is even further accentuated by the reality on ground to suggest that a lot more arms and ammunition than we have with law enforcement agents are in the hands of opportunistic regional war lords, who are only waiting for their opportune time to wreak havoc on the nation.

•Olokoba is President, Campaign for Dignity in Leadership, CDL, a non-governmental organisation, NGO.