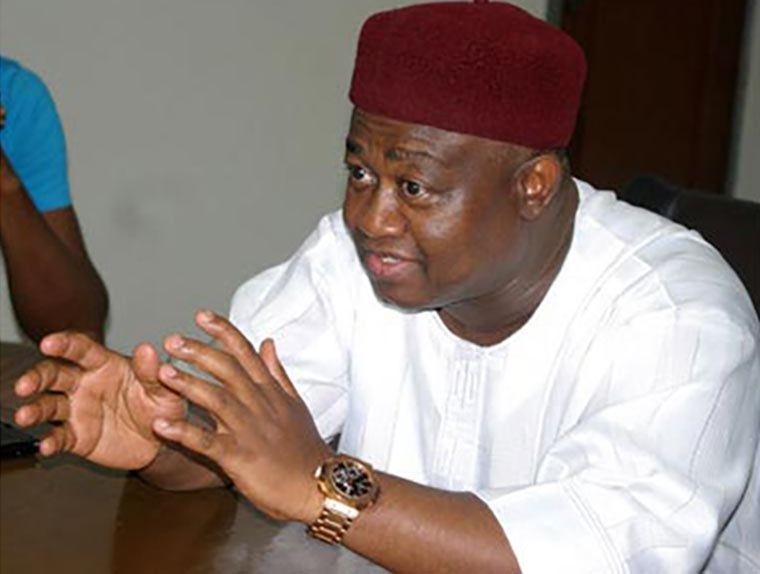 His death on Friday, “after a brief illness,” was confirmed by multiple sources from his family and the newspaper organisation on Friday.

A family source said, “Yes, it is true. I was just told now.”

And when asked if the publisher was sick, the source simply said, “Yes, but very briefly.”

Nda-Isaiah was said to be at his duty post in Abuja on Thursday, during the inaugural meeting of National Economy’s Board of Economists at the corporate head office of the media organisation.

The sad news of Nda-Isaiah’s death was broken by a senior management staff on the company’s staff WhatsApp, saying, “Today is a sad day for Leadership.”

An editor with the LEADERSHIP, said Nda-Isaiah did not show any sign of sickness when he came to the office on Thursday.

He said, “He did not show any sign of sickness. Definitely, it was not coronavirus that killed him. Maybe it was cardiac arrest. It is indeed a sad day for us.”

Nda-Isaiah had described himself on his Facebook page as a leading pro-good governance advocate and a consistent voice on contemporary and domestic policy issues.

He also described himself as “one of the most respected men in the Nigerian media.”

He was also a member of the Vienna-based International Press Institute; the World Association of Newspapers, Paris, France; and the Institute of Directors.

Born on May 1, 1962, Nda-Isaiah, trained as a pharmacist from the Obafemi Awolowo University, Ile-Ife, before venturing into politics and newspaper publishing. He was also a newspaper columnist.

A chieftain of the ruling All Progressives Congress, APC, he was one of the party’s presidential aspirants for the 2015 election.
Nda-Isaiah, alongside former Vice-President Atiku Abubakar; former Governor Rochas Okorocha and former Governor Rabiu Kwankwaso, among others lost the APC presidential ticket to President Muhammadu Buhari, who later won the election by defeating the candidate of the Peoples Democratic Party, PDP, Goodluck Jonathan, in the 2015 election.

As of the time of filing this report, the deceased’s family and the Leadership newspaper had yet to formally announce his death.

An online encyclopedia said that Nda-Isaiah was born in Minna, Nigeria. He attended UNA Elementary School, before switching to Christ Church School, Kaduna in 1968.

He later studied at the Federal Government College, Kaduna, from 1974 to 1979. After graduating, he was admitted to the Obafemi Awolowo University, Ile-Ife, Osun State, where he studied Pharmacy.

He also enrolled in the Lee Kuan Yew School of Public Policy at the National University of Singapore.

He worked briefly as a pharmacist at the Kano Specialist Hospital before moving to the General Hospital, Minna. He also worked at Pfizer Products Limited from 1985 to 1989.

He was also a member of the Asian think-tank, the Global Institute for Tomorrow in Hong Kong. In 2019, he was appointed board member of the Baze University.