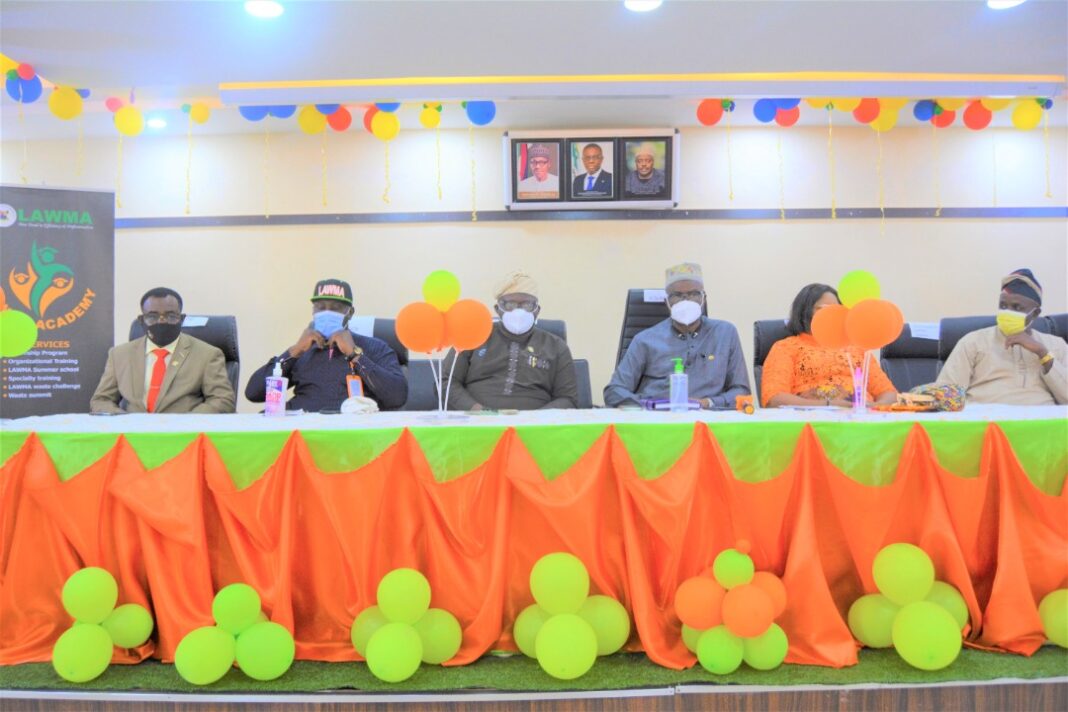 The Lagos Waste Management Authority, LAWMA, in collaboration with the Lagos State Universal Basic Education Board, LASUBEB, is planning to incorporate waste management in the curriculum of primary schools in the state, as a way of re-orientating the younger generations for sustainable environment.

Speaking at the inaugural training of teachers, with the theme: ‘Waste Education in the 21st Century,’ held at LASUBEB premises in Maryland, Lagos, the Managing Director/Chief Executive Officer, CEO, of LAWMA, Mr. Ibrahim Odumboni, noted that incorporating waste management into the academic curriculum of primary schools was the most creative way of reshaping the environmental consciousness of the younger generation.

In a press release signed by the Assistant Director, Public Affairs of LAWMA, Hakeem Kayode Akinleye, the LAWMA boss said that the initiative became necessary, to mitigate reckless dumping of waste around Lagos, stressing that, it was not enough to keep sweeping the streets of Lagos to keep it clean, but to arrest indiscriminate dumping of waste around the city. Copiously commending the Lagos State governor, Babajide Sanwo-Olu for his consistent support and effort at repositioning LAWMA, Odumboni said, “We have decided to change the narrative of waste management through the young ones, by catching them young. Because we understand that teachers are the best advocates and change agents, whose impact cannot be shoved aside, we are optimistic that incorporating waste management into primary school curriculum, would not only be taught but put into practice, for the students and with time, become a tradition.’’ He reiterated the need to catch the pupils young for them to serve as change agents, noting that Odumboni noted LAWMA Academy, a knowledge hub of waste management, operated by the agency, was borne out of the need to manage waste in a smart and modern way, and to instill sound understanding of waste management in the pupils to turn waste to wealth. He said, “The challenge of improper waste management among Lagos residents is as a result of not having proper understanding of waste management, and not being environment friendly. Therefore, we need to teach these children how to understand sorting of waste and keeping their environment clean, while regional trainings will be held in schools from time to time. This will no doubt help them develop a positive attitude towards waste and in future, we would have proud waste managers and business experts among them.” In his address at the occasion, LASUBEB Executive Chairman, Honourable Wahab Alawiye-King, while appreciating LAWMA, for coming up with the laudable initiative, described it as the first of its kind in sub-Sahara Africa. Alawiye-King said, “At LASUBEB, our aim is to create an enabling environment for quality education for pupils, as well as improve quality of teaching and learning. Therefore, we will work together with LAWMA and instill environmental discipline in the pupils, to make them conscious of their actions and inactions towards the environment. We are thankful for this thoughtful and impactful initiative.” Also, the Chief Technical Officer of LAWMA, Dr. Olorunwa Tijani, commended Governor Sanwo-Olu for his continuous support to the agency, noting that LAWMA’s collaboration with LASUBEB on the curriculum issue, would invariably change the waste management culture of the pupils and adults in future.