The Lagos State Universal Basic Education Board, LASUBEB, has sought the buy-in of the School-Based Management Committee, SBMC, on its plan to blend normal classroom learning with remote learning as part of its intervention and strategies to recover the learning period lost to school closure.

The School-Based Management Committee, SBMC, consists of education stakeholders recognized by both the Federal and state governments as partners in advancing the state’s education sector.

Addressing members of the SBMC, the Executive Chairman of LASUBEB, Hon. Wahab Alawiye-King, said that LASUBEB wants members of the Committee to sensitise parents and carry them along in its planned blending of normal classroom learning with remote learning. 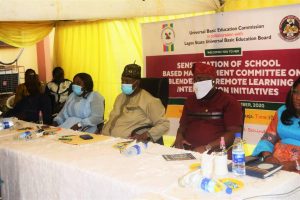 He explained that the initiative became necessary in a bid to sustain and maintain remote learning and in order to ensure that no child is left behind in the access to basic education.

Saying that LASUBEB was proactive in its introduction of digital learning on electronic media, radio and television, to ensure that learning continued from home despite the closure of schools, occasioned by the COVID-19 pandemic, Alawiye-King averred that the TV program, “The Classroom in Your Home,” sponsored by Universal Basic Education Commission, UBEC, and supported by the Lagos State government has generated commendations from stakeholders. 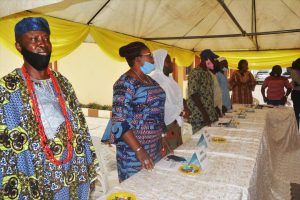 He added that the programme was modeled to cater for pupils in lower and upper primary classes and special needs pupils.

Alawiye-King explained that EKOEXCEL airs on radio at EKO FM 89.7, insisting that parents can find self-study packages for their wards on the website, ekoexcel.ng. he also revealed that there are also WhatApp quizzes designed to engage pupils in learning activities while at home.

Alawiye-King added that the existing multi-pronged learn-at-home platforms, interactive Radio Instructions, airing on Radio Lagos 107.5FM, and EKO FM 89.7, for both lower and upper primaries will be sustained to complement and reinforce classroom lessons when schools eventually resume. 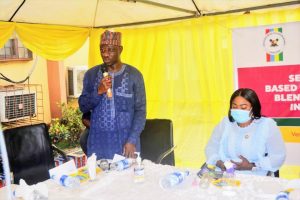 He also charged the SBMC members to extend the information on the blended approach to teaching and learning to parents, guardians, and relevant education stakeholders in their communities, and ensure the effective participation of the pupils.

LASUBEB permanent member in charge of Social Mobilisation, Hon. Shijuade Idowu-Tiamiyu, reiterated that the board is not ready to accommodate any form of knowledge loss, and has therefore provided learning via various platforms for pupils to, hence, the sensitization to intimate the community on the activities of the board.

She urged them to let the information cascade to the grassroots and to expose people to the board’s efforts at making sure that learning continues.

Education Is No Scam -Pro Salako

I’ll Do My Best To Ensure We Unify Nigeria -Tambuwal