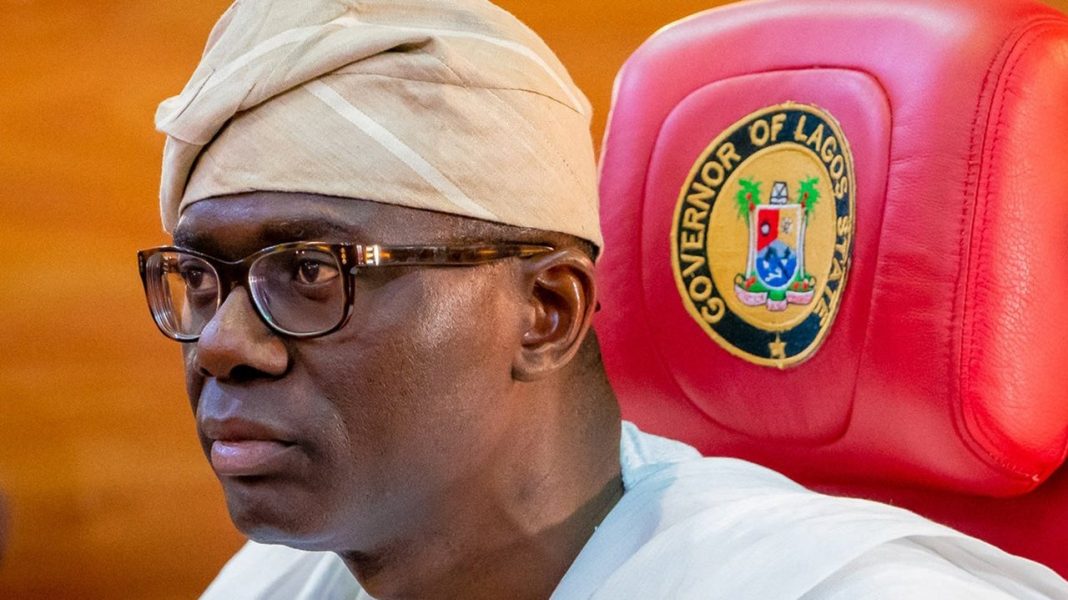 Lagos State governor, Mr. Babajide Sanwo-Olu, has said that the government will establish the Lagos Aquaculture Centre of Excellence, LACE, in collaboration with a private sector investor, as part of government’s efforts to boost fish production in the state.

Disclosing this at the 2020 edition of the Lagos Seafood Festival, held at the Muri-Okunola Park, Victoria Island, over the weekend, Governor Sanwo-Olu, represented by his deputy, Dr. Obafemi Hamzat, explained that the centre is expected to generate no fewer than 5,000 smallholder fish farms, which would in turn create about 1,000 indirect jobs, during the construction phase and another 500 direct jobs opportunities for people who would be engaged at different phases of the project.

He pointed out that the project includes the establishment of a 50 million fish hatchery facility, projected 2,000 tons per annum table-sized fish production schedule, 24,000 tons per annum fish feed mill as well as a 20,000 ton-per-annum fish and seafood processing centre.

Sanwo-Olu added that the present supply of fish and other seafood products in the state is insufficient to meet the fish and seafood demands of Lagosians, hence the need to have a private sector driven aquaculture centre.

He said, “We estimated the present supply of fish and other seafood at 174,553 tons per annum to be insufficient for Lagosians; therefore, we have collaborated with a Private Sector Investor on the establishment of the Lagos Aquaculture Centre of Excellence to boost fish production.”

Maintaining that the state’s population of more than 22 million has a consumption demand for fish and other seafood of 374,000 tons annually, while supply hovers around 155,262 tons per annum, Sanwo-Olu stressed that it is important that Lagosians key into and benefit from the value chain of the aquatic or fisheries business sector to fill the supply deficit.

He noted that the Festival will be quite unique next year as the state government would be employing the use of deep-sea trawling in order to capture the big fishes in the deeper sea in Lagos.

He added, “Next year by the grace of God, we will engage in the deep-sea trawling that allows us to go inner and get the bigger fishes. That along with our other interventions would allow us to employ close to 10,000 youths in the five divisions of the state.”

Governor Sanwo-Olu averred that an occasion such as the Lagos Seafood Festival is an opportunity for Lagosians to tap into the agriculture value chain in the fish and seafood sector, particularly as the nation seeks to diversify its economy for the benefit of the people, adding that the Lagos Seafood Festival has become a pedestal for talented Lagosians to display their culinary skills in preparing salivating dishes with the abundant aquatic species from the environment.

He said that the year 2020 had presented everyone with challenges that brought out the depth and resilience of character as a people, hence the Seafood Festival was a fitting occasion to celebrate the resilient spirit of the people even as we all look forward to a prosperous and fulfilling Year 2021.

He said, “It is appropriate that the Y2020 Lagos Seafood Festival kicks off the festive season and what better ways to start than with the traditional warmth and hospitality for which Lagosians are known. I can see the various stands with the delicious offerings that have been prepared from fish and seafood-based recipes. Also, there is the opportunity for consumers to buy fresh fish and other seafood directly from the fish sellers who are present at this venue.”

Earlier, the state Commissioner for Agriculture, Ms. Abisola Olusanya, stated that the contribution of the fisheries value chain to the nation’s socio-economic wealth could not be overemphasised, particularly against the background of employment creation, provision of valuable animal protein, rural development and foreign exchange inflow through the export of shrimps, smoked fish and other fish products.

Explaining that in 2019 alone, 5,000 tonnes of seafood valued at over N25 billion were exported by operators in Nigeria, Olusanya added that it is in recognition of this fact that the state government is currently implementing various projects in the fisheries ecosystem to drive increased food production and socio-economic transformation of the rural areas of the State.

She noted that the Festival had an array of stands ranging from fresh and processed seafood such as croaker, grunter, red snapper and tiger prawns, seafood culinary service providers and vendors of assorted beverages to a family fun park and kiddies area.