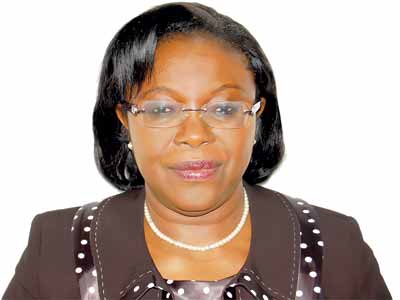 The Lagos State Civil Service Commission, LSCSC, has announced the promotion of 3,756 civil servants, who are statutorily due for elevation to the next level after the successful completion of the 2020 promotion exercise.

A statement from the office of the LSCSC chairman, Mrs. Olubunmi Fabamwo, noted that the release of promotion letters brings to an end the 2020 promotion exercise which kicked off in February, 2020 with the briefing of eligible candidates on the conduct of the exercise and the subsequent structured training at various Training Centres.

Explaining that this year’s structured training had the innovation of additional one-day training on the T.H.E.M.E.S. Agenda of the state government, Mrs Fabamwo stressed that the objective was to emphasise the correlation between the state’s T.H.E.M.E.S. Agenda and Global Sustainable Development Goals, SDGs, with the aim of encouraging civil servants to have a deep understanding of state roles within a global perspective.

She said, “The Civil Service Commission had concluded arrangements for part two of the exercise, which is the Job Specific Oral Interview that was to run from Monday, March 23 to Thursday, April 16, but due to the COVID-19 pandemic and the subsisting physical distancing policy in the state, the Head of Service, Mr. Hakeem Muri-Okunola, announced the suspension of the exercise by the state government.

“The Governor of Lagos State, Mr. Babajide Sanwo-Olu, in a rare gesture that underscores his benevolence and commitment to the employees’ welfare, approved that only the scores of the Structural Training Programme, STP, and Staff Performance Appraisal Development Report, SPADR, be aggregated for promotion of eligible officers irrespective of cadre and grade level.”

She also disclosed that the governor had also directed that the 2020 promotion exercise be concluded in earnest to enable retiring officers to attain their seniority levels and notional dates of either 1st January or 1st July before retirement, imploring the promoted officers to show greater commitment in the discharge of their statutory duties.

She added, “It is expected that civil servants would reciprocate the magnanimity of the state government with renewed vigour towards achieving all set objectives and deliverables in their respective spheres.”

With My Wealth Of Experience, Poverty’ll Be Banished In C’River -Senator Otu