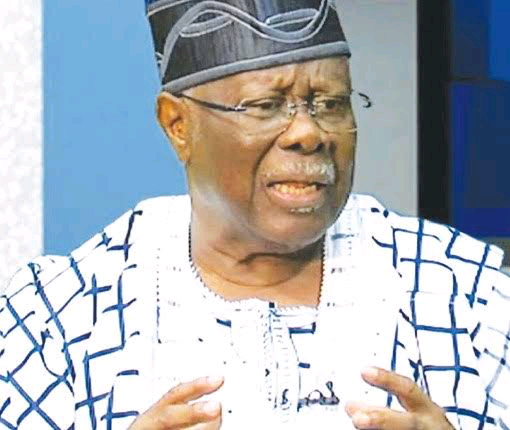 The Lagos State chapter of the Peoples Democratic Party, PDP, on Tuesday inaugurated its Leadership Advisory Council, LAC, and reaffirms former Deputy National Chairman of the party, Chief Olabode George, as its leader.

The council, during its inaugural meeting on Tuesday, stated that the time had come for the party to take over Lagos State, going by the team spirit it had imbibed after a successful reconciliation.

The meeting also observed all necessary protocols, while Babatunde Olarenwaju moved a motion to reaffirm the Atona Oodua of Yorubaland, Chief George, as the leader of the council and was seconded by Alloysius Okafor, while the oath of office was administered on members by a lawyer and chieftain of the party, Barrister Adewale Onileere.

In his acceptance speech, George stated that it was a new dawn for the PDP in Lagos, even as he took time to apologise to all those he might have offended, directly or indirectly, and said that he had accepted the apologies of those people who felt that they had offended him in one way or the other.

He said, “The PDP is one and after today, no distraction from outside the party will be tolerated. The PDP doesn’t have any faction. Those who flouts party’s constitution will be sanctioned. Let us rise above pettiness, disunity, lack of commitment and work as a team.”

Lamenting the state of the nation and why the 2014 national conference should be revisited, the former chairman of the Nigerina Ports Authority, NPA, board said, “The electoral process must be changed. The report of 2014 confab must be revisited. The future of this country is bleak. We must devolve power from the centre to the states. The National Assembly should adopt technology and ensure electronic voting, saying, “We must redesign the constitution in such a way that there must be respect for everyone, if we want to progress as a nation.”

Enjoining members to go back to their local government areas and preach the message of reconciliation to all members, Chief George stressed that the party was prepared to try its best in the forthcoming local government elections, even though it was aware that the election would not be credible, going by the antecedents of the ruling party in the state.

He added, “We know that the electoral umpire in the state is being selected by the emperor. We will try our best.”

Speaking with journalists after the event, Chief Aduke Maina, a member of the Board of Trustee, BoT, of the PDP, said that the aim of the meeting was understood by all, and that the elders had met previously, assuring that all the leaders will work towards the progress of the party, so that the party would begin to win elections in the state.

On the forthcoming local government election, she said that preparations had been ongoing, just as she lamented that the party had been winning elections in the state, but unfortunately the ruling party has been in the habit of writing election results, even before the actual elections, saying that the party would not be dissuaded by the action of the All Progressives Congress, APC.

Corroborating Maina, Dr. Abimbola Ogunkelu said that it was no longer news that Asiwaju Bola Tinubu controls everything in the state and has manipulated the results of elections in the state.

He said, “We will try our best and I can assure you that it is not all members of Lagos State Independent Electoral Commission, LASIEC, that are bad. There are past members of LASIEC that have been upright. So we look forward to a credible election.”