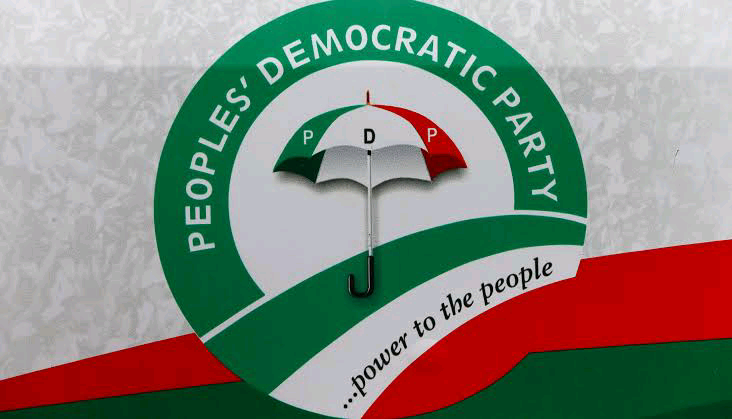 Elders, leaders and stakeholders of the Peoples Democratic Party, PDP, in Lagos State on Thursday, after a meeting to deliberate on the purported ratification of the February 26th botched state congress by the National Chairman of the party, have come out to reject the purported ratification of the state congress, insisting that justice must only be done, but seen to be done.

The elders, leaders and stakeholders of Lagos PDP made their decision known in a communique issued after the meeting nad signed on their behalf by the Leader; Dr. Remi Akitoye; Senator Kofi Akerele-Bucknor and Chief Mrs Onikeppo-Oshodi and made available to CompassNG.

The elders, leaders and stakeholders, expressing shock, absolute disappointment and disbelief that Dr Ayu “arrogantly dismissed the collective essence of the National Working Committee, NWC,” and “capriciously behaved like an autocrat,” and disregarded any attempt at plural contributions appropriating what ought to be a collective decision in a brazen proprietary authority.

They therefore unanimously resolved that Dr Ayu not only behaved like a sole administrator, “contemptuous of the sobering voices of the South-West representatives, but hardly demonstrated the requisite gravitas and the innate democratic accommodation of a good leader, as he hastily ignored everyone and purportedly ‘ratified’ what has been universally condemned as a flawed congress.”

The averred that despite various petitions emanating from aspirants, members of the party’s Board of Trustees, BoT, members , the caretaker committee and concerned individuals, substantiating the fact that the congress was a brazen sham, it was unfortunate that Dr. Ayu still disregarded the various voices of reason.

Insisting that the reports from the Independent National Electoral Commission, INEC, the Appeal Committee, the BoT Elders, the Caretaker Committee and other quarters were all unanimous about the untidy, flawed and the inconclusive nature of the botched congress, the stakeholders expressed shock and disbelief that Dr. Ayu in his wisdom cast aside this cumulative weight of evidence, “hastened in contemptuous indifference to the truth, jettisoned what is right and just, flung away the constitutional pivot of our party, which is anchored on justice and fairness doctrine.”

The expressed dismayed and sadness that there seems to be a desperate attempt to destabilize Lagos State and render the Yoruba race inconsequential in the scheme of things.

They added this should not be happening at a period that is close to a crucial election, considering that Lagos State alone has the largest electoral figures in the nation.

They added, “Let there be no doubt about our resolve to challenge this grave injustice with all the legitimate legal means.

“We have ascertained and convinced that there is a well planned, premeditated attempt to hand over our state to fifth columnists, whose mission is unknown, whose purpose is shrouded in an ultimate goal that appears to be an attempt to weaken the party.

“We will never roll over and fade away. We will fight this injustice with temperance and sure-footedness. We reject outrightly this failed attempt to impose on the majority of our members a botched, inconclusive congress that has no legality in law and no iota of legitimacy in the moral sense.”

Insisting that the injustice done to Lagos State appears to be aligned with a very dangerous pattern to elbow out the South-West from high table at the PDP conclave, the stakeholders added in the communique, “Finally, we do not, and we will not recognize the shambolic contraption they are trying to rig up in Lagos. We will continue this struggle until the wrongs are rectified and until justice eventually prevails.

You Were In School When When Agreement On Rotational Presidency Was Reached, Ohanaeze Tells Kogi...