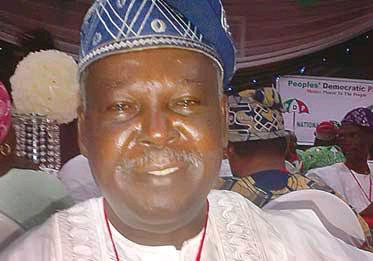 The end may not have been seen in the tussle for the soul of the People Democratic Party, PDP, in Lagos State as a Lagos High Court, presided over by Justice Oyekan Abdullahi, on Tuesday, June 22, 2021 removed Dr. Adedeji Doherty as the chairman of the party in Lagos State, and reinstated former chairman, Dr Adegbola Dominic.

While delivering judgment in suit No: LD/3600/GCM/2019, Dr. Adegbola Dominic & ors vs Peoples Democratic Party & ors, filed by Dominic, Justice Abdullahi said that the judgement was delivered in favour of the claimants.

The court said that it considered the preliminary objection filed by the 1st-6th defendants and dismissed them for lack of merit.

It said, “Consequently, the court considered the merit of the case canvassed by all the parties. The court held that the positions sought to be filled at the special election were not vacant. Also, the court held that the argument that the 1st claimant, Dr. Adegbola, held the office of the state chairman of PDP for 90 days has no place in the Constitution of PDP.

“The court further held that the 1st claimant was duly appointed to serve out the term of his predecessor, who resigned.

“The court stated that the claimant’s failure to utilize internal dispute mechanism is not accidental as the defendants frustrated same. The court relied on the attempt made by the 1st claimant when he wrote a letter to the National Chairman of the party, and the letter was rejected. This fact was not contradicted by the defendants.”

The court further held that “all the conditions precedent to conduct election into the party’s offices were not followed and that the National Working Committee, NWC, of the party had no power to conduct state and local government congresses.

The court also averred that the special congress must fail, as there was no guideline from the NEC of the party.

Justice Abdullahi added, “Furthermore, the court held that no notice of the special congress was forwarded to INEC as required by the Electoral Act.

“In sum, the case of the claimants succeeds completely. The special congress held on 13th November, 2019, was set aside and there were no vacancies in the first place.

“In addition, the court further held that the defendants’ act of conducting the special congress, despite a subsisting order of the court prohibiting same is contemptuous.”

However, the court concluded that it would not hesitate to use its big stick of punishment against the defendants if they again fail to obey the judgment herein.”