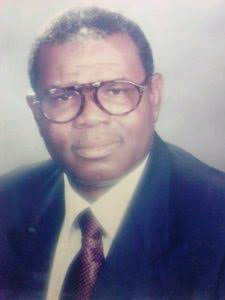 A socio-political group in Lagos State under the aegis of Omo Eko Pataki, OEP, has reiterated it’s demand that the Lagos State government appoints an indigene of Lagos as the Vice Chancellor of the state-owned Lagos State University, Ijanikin.

In a release by one of the Trustee of Omo Eko Pataki, former General Officer Commanding, GOC, 3rd Amoured Division and former Minister of Communications, retired Major-General Tajudeen Olanrewaju, the group averred that “the recourse to a brazen, untidy subterfuge and deliberate attempt by Governor Babajide Sanwo-Olu and other wielders of power in Lagos State, who are bent on short-changing Lagos natives by attempting a crude imposition of a non-native as LASU Vice Chancellor is rather disingenuous and sad.

Insisting that no matter what, Ọmọ Eko Pataki will continue to defend the Lagosian culture and collective heritage, Olanrewaju said, “We will resist, with all legal tools, the stark, duplicitous maneuver to impose another non-native in a very crucial institution like LASU.

“This is indeed wrong, untoward and unacceptable. It is a blatant aberration. It will not hold. It is as if the temporary wielders of power in Lagos State are bent on a scorched earth policy. If not, why are they indifferent to the sensitivities of the natives?”

General Olanrewaju averred that in an abnormal situation where the state governor, the deputy governor, the Speaker of the state House if Assembly, among other key office holders are non-natives, why should anyone in thoughtful contemplative bearing insist on foisting upon the state yet another non-Lagosian as LASU VC?

Describing the scenario as rank absurdity, Omo Eko Pataki revealed that three well qualified Lagosians have been shortlisted, and insisted that Sanwo-Olu should do the needful by picking one of the three shortlisted Lagosians.
It added, “There is no need for this Russian roulette. This rigmarole is offensive, wrong-footed and inappropriate.

“We at Ọmọ Eko Pataki are once again asking Governor Sanwo-Olu, for the umpteenth time to do what is right and what is just by appointing a qualified Lagosian as LASU VC. This is the normative pattern all over the nation. Nothing else will do. We remain stout and firm in this crucial and historic crusade to protect our native earth.