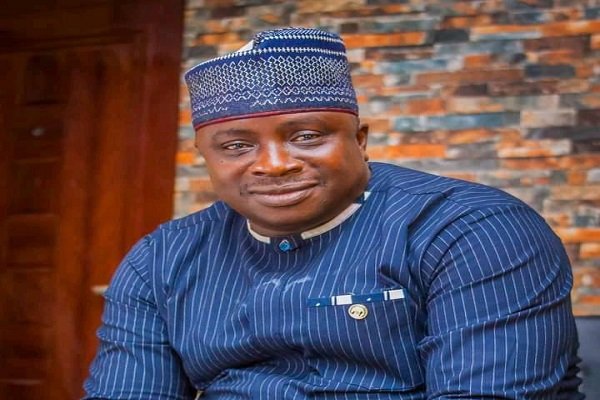 Information available to CompassNG disclosed that Olatunji breathed his last on Monday night.

According to sources, Olatunji was soav to have been battling with illness before his death.

Family sources said that his remains will be committed to mother earth today in accordance with Islamic rites, at his residence in Sangotedo, Ajah, Lagos.

Before his demise, Olatunji was seeking re-election on the platform of the ruling All Progressives Congress, APC.

He emerged the winner in the APC local government primary election, held last month, with 1,977 votes to become the party’s candidate in the forthcoming July 24th election.

While confirming his demise, his Media Team on Tuesday morning posted on Facebook, “With sorrow in our heart, but in total submission to the will of Almighty Allah (SWT), we announce the passing, after a long battle with illness, our dear father, brother, friend, confidant, role model, and nation-builder, Hon. Olufunmi Rafiu Olatunji.

“He will be buried in accordance to Islamic rites by 9 am prompt at his residence in Sangotedo, Ajah, Lagos. We invite you to join us in paying the last respect to our beloved father, brother, friend and boss.

“We are confident that Almighty Allah will grant him Al Jannah Firdaus.”

She said, “We commiserate with his family, friends, colleagues and staff of Eti-Osa Local Council Development Area and pray against such unfortunate deaths in our fold.

“And on behalf of the good people of Lagos Mainland Local Government Area, I want to express my heartfelt condolences to the Conference 57 Chairmen, his family and pray that the good Lord grants the people he left behind the fortitude to bear the loss and make paradise his final abode.”