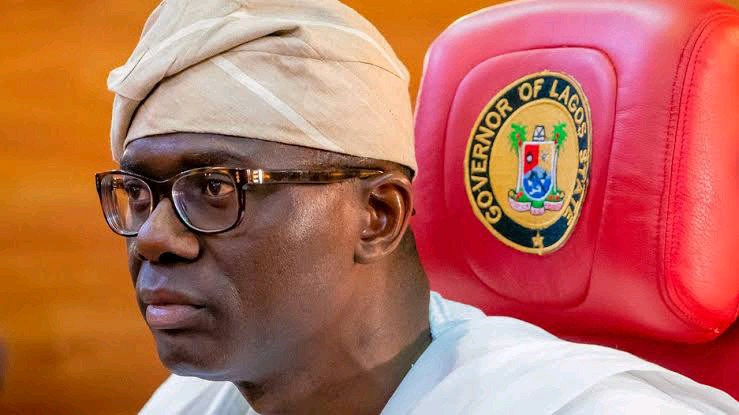 A pan-Lagos organization, Lagos Peace Movement, LPM, has advised members of the opposition political parties to stop hallucinating about their ambition to edge out the incumbent occupier of the State House at Alausa next year, 2023, asserting that the current occupier, Babajide Olusola Sanwo-Olu is as good as having won next year gubernatorial poll in the state ahead of the election.

LPM Publicity Secretary, Olakunle Adeosun, in a statement at the weekend, confirmed the yearning and aspiration of the good people of the state to return Sanwo-Olu to his office for a second term, revealing that “he has not disappointed us, and so there is no reason toying with the idea of replacing him with anybody whosoever!”

He averred that any individual or group of individuals who might be toying with the satanic idea of looking for replacement for Sanwo-Olu can be described collectively as devilish, cruel and wicked, insisting that “Sanwo-Olu, the angel we know, who has passed integrity test periodically conducted by the Razaq Olokoba-led Campaign for Dignity in Governance, CDG, severally has not disappointed us and as such, he is our choice for 2023.”

Adeosun, who said if politics is all about the wellbeing and welfare of the citizenry like the way Sanwo-Olu and his team are doing, only the enemies of the people could come up with unpopular suggestion of a replacement for a performing team of workaholic personalities God has endowed Lagos State with, expressing the confidence that “2023 poll will come just as a formality, where Sanwo-Olu and his party would walk over any other contestant that would decide to waste his money, energy and time.”

According to the rights activist, the highly enlightened, roundly sophisticated and globally exposed people of the mega city of Lagos must have, by now decided on what to do with Sanwo-Olu, who has convinced them beyond any reasonable doubt that he was well prepared for the job ever before his election in 2015, reminding that, “a state like Lagos has gone far beyond an enclave where people of no political pedigree and electoral antecedent can use as a ‘trial and error’ project.”

Cross River Guber: My Antecedents Speaking For Me -Bassey Otu