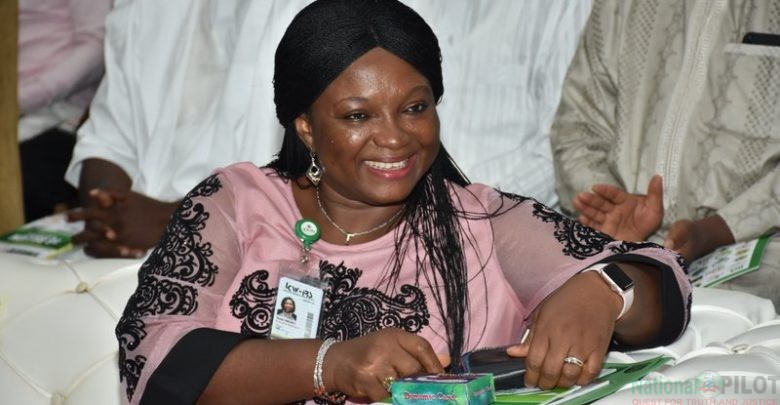 Facebook
Twitter
Pinterest
WhatsApp
Email
…Out Of Budgeted N19.55b
By Wole Adedeji, Ilorin
The Kwara State Internal Revenue Service, KWIRS, has generated a total revenue of N13.45 billion (N13,396,892,060.21) out of its estimated budget of N19.55 billion (N19,498,179,971.97).
The figure translates to a fulfilment of a 69 per cent collection achievement, which covers the first three quarters of the year that ended in September, according to Shade Omoniyi, the KWIRS Chairman.
Omoniyi, who made this known to journalists in Ilorin, said the last quarter, made up of July, August and September for instance, fetched the state the sum of N4.01 billion
(N4,015,178,972.55) out of a quarterly budget of N6.49billion (N6,499,393,323.99) for the same period of the year 2020.
The breakdown of revenue generated for the three months were: July, N961,003,235.92;  August, N1,954,501,513.87 and September, N1,099,674,222.76, totaling N4,015,178,972.55.
The KWIRS boss said the service had earlier raked in N7.2 billion and N2.1 billion in the first and second quarters of 2020 respectively.
Pointing out that quarter three revenue achievement was an increase of about 87 per cent, compared with the figures recorded in quarter two of the year, Omoniyi said the shortfall was the fallout of the COVID-19 pandemic and the attendant lockdown, which impacted negatively on the resumption of business activities across the spheres of the economy of the state.
She explained, “The Service has introduced harmonized bills for taxpayers as relevant to respective taxpayers, where various revenue items accruable to the MDAs across the state are consolidated and served.
“The harmonized bills avail taxpayers their total revenue and tax obligations to the state, streamline interaction of revenue authorities with taxpayers in the state, give room for adequate data capturing, payment narration and receipting of all payments made.
“The collectibles on the harmonized bill include: Registration and Renewal Fees on Business Premises, Signage and Advertisement fee, Fire Prevention/Inspection of Establishment Fee, Earning from Gaseous Emission, Environmental Health and Safety Permit fees, Street Set back, among others.”
The tax board chairman added a consolidation on the harmonized bills are: registration and renewal of licenses such as private hospital, clinics and laboratories, drug stores, cold rooms, agro dealers, slaughter slabs, veterinary drug stores, feed mills centers, livestock farms, schools, car dealers and private garages, hotels, event centres, eateries and restaurants.
Furthermore, she said in its bid to ease tax payment and ensure continued blockage of all forms of revenue leakages, KWIRS provided seamless online payment platforms as opposed to direct cash lodgments into the IGR accounts of the state.
She added, “The service remains focused in the drive of its sole responsibility of mobilizing revenue for the strategic development of Kwara State, with all efforts geared towards consolidating its performance in the last quarter of the year, as schools and other major economic activities in the state resume fully.
“This is as the government continues to do its best to stop all forms of criminalities and unrest in the state capital caused by hoodlums, who hid under the #EndSARS protests to perpetrate crimes across the nation.”