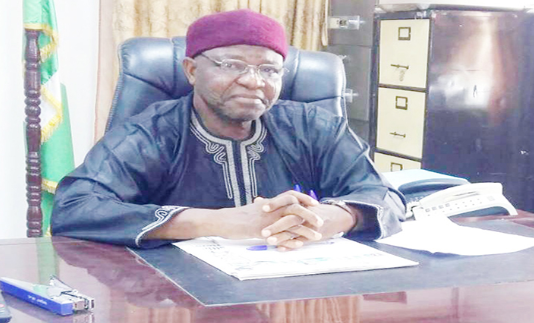 Attahiru-Madami made the call on Wednesday in Ilorin, while addressing a seminar on ‘Low Level of Women Participation in Elections and How To Ensure No Vote Buying During Elections,’ organized by the International Women Communication Centre, IWC, Ilorin.

He had said, “In spite of the international declarations affirming the right and equality between men and women to which Nigeria is signatory, the available literature shows that women still constitute a disproportionally small percentage of those participating in political decision making.

Attahiru-Madami said listed the hindrances included poverty, illiteracy and limited access to education. Others according to the REC include: the effect of violence against women, legal obstacle, lack of confidence in fellow women, jealousy, envy among women and historical, cultural and religious factors.

Insisting that for women to participate effectively in electoral politics, historical, cultural, and religious barriers and violence in the electoral process must be eliminated; the REC made also case for the sensitisation of women to have interest in politics and have confidence in womanhood.

He added that women must be empowered with education and the promotion of women in leadership and decision-making roles at all levels as well as funding, saying, “If all these barriers are eliminated, our women will be stimulated to participate effectively in the electoral process.”

He described vote buying as an act of inducement by cash reward or promissory note by an agent of a political party, supporter, candidate or political party to influence a voter to vote for a particular candidate to win an election; adding, “In recent time, food, money, and valuable items are being shared freely by politicians and political parties in the electoral process.

“In order words, the process of buying and selling of votes has permeated the Nigerian electoral process. The seller, is the voter, while the buyers are contestants or political parties.”

Revealing that buying of votes usually came up during the period of registration, nomination, campaign, primary election, party congress, convention and election day, Attahiru-Madami, however, said that INEC has taken a number of measures to forestall the incidence of vote buying in the electoral process.

He said that the commission had adopted the use of collapsible cubicle for thumb printing of ballot paper and rearrangement of sitting arrangement by poll officials.

He also revealed that INEC has banned voters from bringing Android phones to voting cubicle; stressing that offenders of vote buying and selling were liable to be prosecuted, adding that the commission usually carried out aggressive enlightenment campaign of the populace.

He said, “In order to stem the tide of vote buying in Nigeria, there should be aggressive public enlightenment and voter education.”

Families Appeal To LASG For Release Of Landed Property